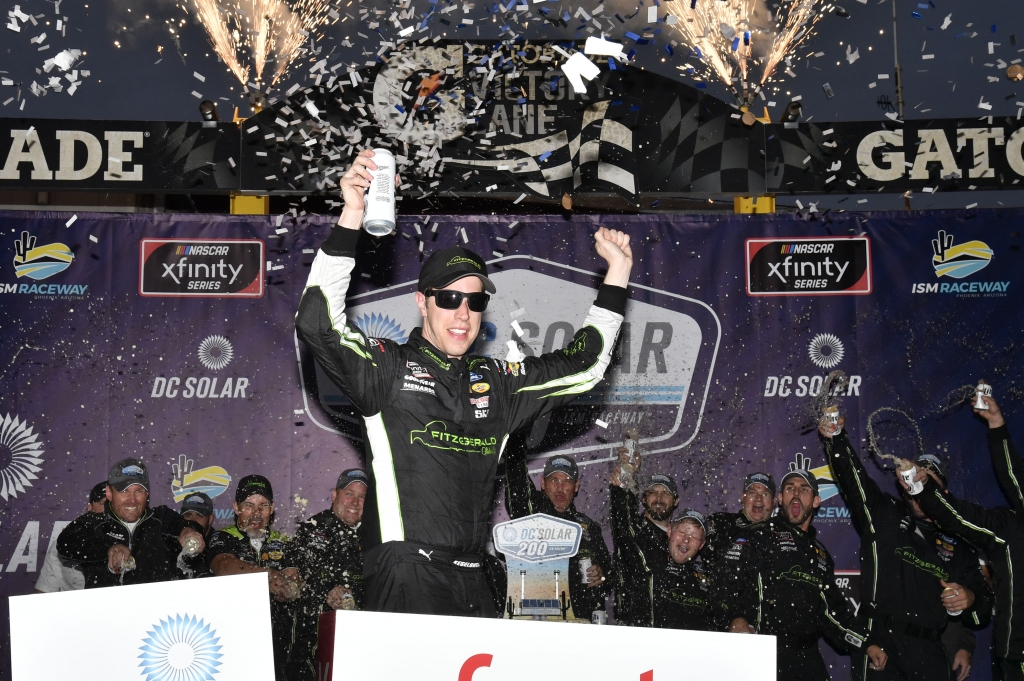 “Brian Wilson made some great adjustments and the weather kind of came to us with what we needed for how our car was handling. It is good to see that work out for everyone at Team Penske with the Fitzgerald Glider Kits Ford Mustang. It was a solid team effort. The car was really good for about 50-60 laps. Justin (Allgaier) ran a great race today and I thought he was really strong.”