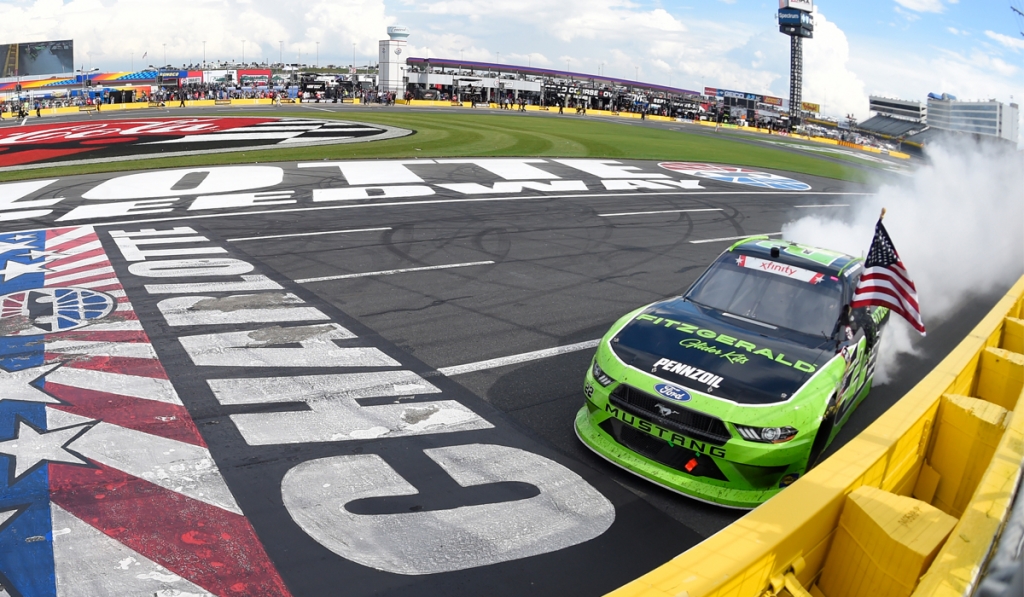 “I’m really proud of everyone on the team, Brian here and the sponsors, Fitzgerald Glider Kits and Ford for the car that was well-prepared. I think it was definitely a perseverance day.  It was brutally hot out there.  The humidity was just killer.  I don’t usually get that hot in a race car, but it was smoking out there.  There were a couple times where I swear the inside of the car was burning from the water and the humidity, but that’s just part of the challenge of racing on days like this and glad to bring it home first, that’s for sure.”