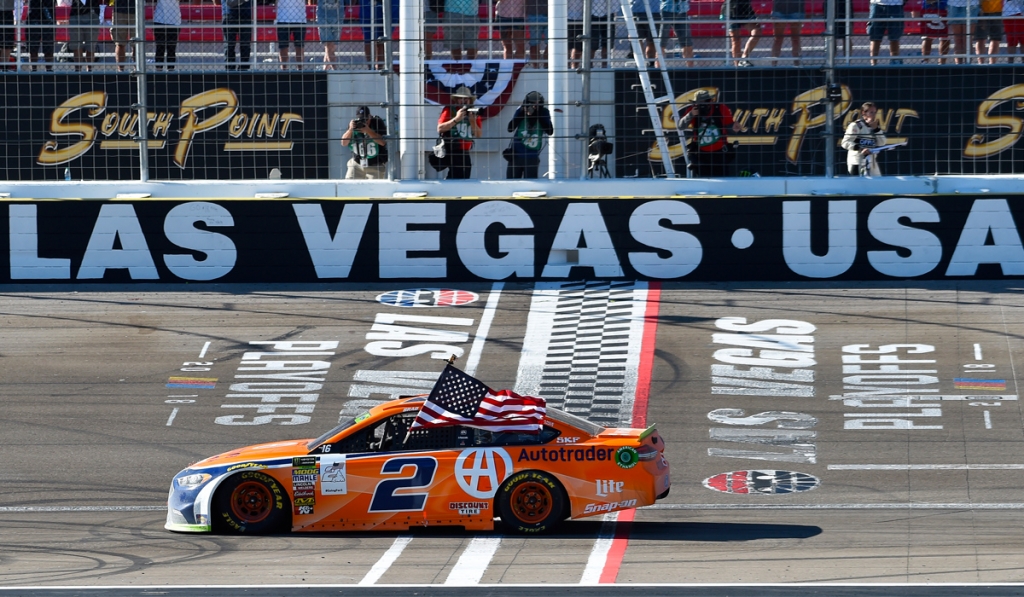 “We’re so glad to be able to win and get in Victory Lane again with the Autotrader Ford. What a special day: 500 wins for Team Penske, three in a row this season and the first win in the Playoffs.  There are too many storylines for me to get it all right, but we’re very thankful and very proud for all of them. I want to say thank-you to everyone who braved 100 degree heat all day.  You guys are the real heroes. You guys pay to watch and thank you for doing that. Thank you for coming out today and tolerating the heat.”