Going for Two at Homestead

Brad Keselowski had speed at Martinsville, execution at Texas and luck in Phoenix—now the No. 2 Miller Lite Ford Fusion driver hopes he can mix together all three elements of the winning formula as he fights for his second Monster Energy Cup Series title Sunday at Homestead-Miami Speedway.

BK’s great speed led to a second-place finish at Martinsville, and strong execution earned him another Top 5 the following week in Texas. In Phoenix, the speed wasn’t there, but the 2 Crew was fortunate as  Kes’ top rivals in the Cup standings bowed out due to wrecks, sending the team to the Ford EcoBoost 400 as one of four drivers competing for a championship.

“We probably had some really solid execution last week in Texas, great speed at Martinsville and luck [at Phoenix]. You know, if you put all three of them together on any given day, you can win,” Brad said. “We haven’t done that in the Round of 8, but we had one of each in all three races, and that put us in position to be here.” 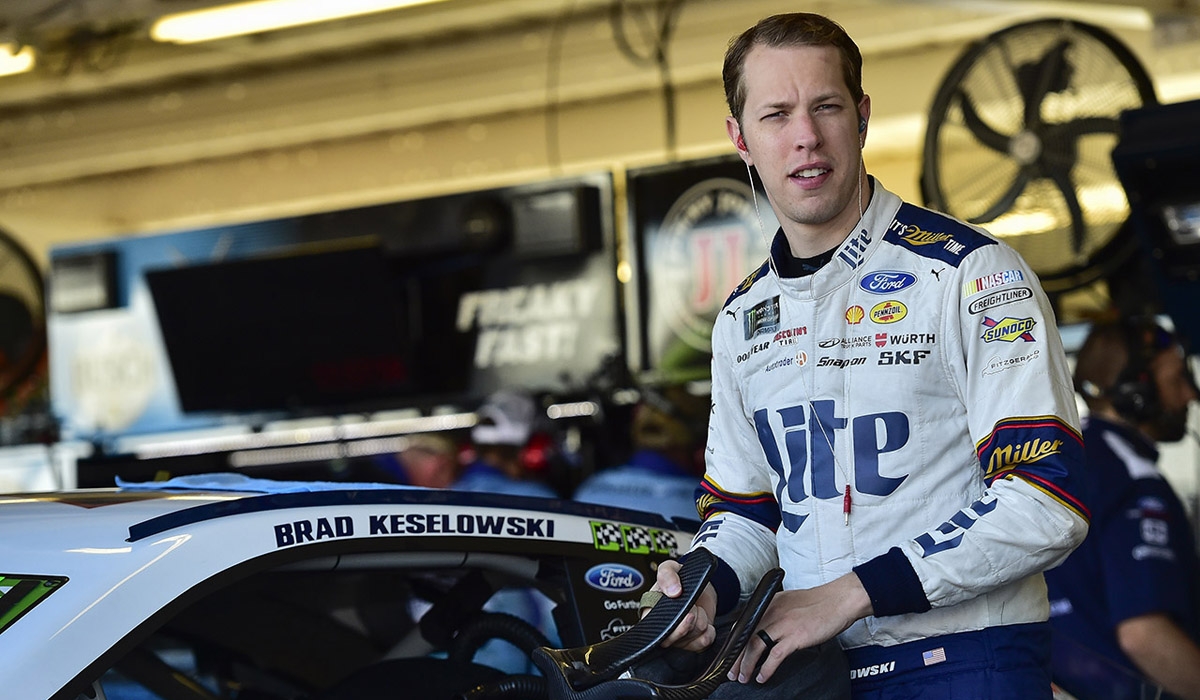 He’s joined by Kyle Busch, Martin Truex Jr. and Kevin Harvick. The two Toyotas of Busch and Truex have been the fastest machines in NASCAR all season long. BK is well aware that he isn’t the favorite, but the Team Penske driver is relishing the underdog role.

“Whenever there is a championship on the line, there’s pressure,” BK said. “On the other side, there’s not a lot of self-inflicted pressure when you know you’ve been running fourth or fifth all year and you’re probably going to need to win that race.”

Brad’s three Championship rivals all will bring momentum into Homestead. Harvick is fresh off an impressive win in Texas, Busch won the week prior at Martinsville, and Truex dominated the first three 1.5-mile events in the Playoffs, winning at Chicago, Charlotte and Kansas. However, BK isn’t worried about who’s hot and who’s not going into the winner-take-all season finale.

“I think momentum and Homestead is overrated. If you look at last year I would have said the guy with the least momentum (Jimmie Johnson) won it all. I’m not too caught up on that,” Kes said. “I’m excited about how we ran at Texas. I know that we’re bringing the same car build to Homestead, so probably a little more thrilled about that and I would look at Texas as being more of the momentum to Homestead than I would Phoenix.”

While BK’s No. 2 Miller Lite Ford might not have the mile-and-a-half prowess of its Toyota counterparts, it has a driver who knows how to perform when a title is on the line. This will be Brad’s first Championship 4 appearance since the alteration to the Cup postseason, but he’s gone to Homestead to race for a championship before in 2012, and when he did, he came home with the crown.

“This will be our first opportunity to go down there to race for one,” No. 2 crew chief Paul Wolfe said. “Brad has been able to do some amazing things when there’s something on the line like this.”

The White Lite will roll out for practice Friday at 1:55 p.m. ET before qualifying at 6:15 p.m., both to air on NBCSN. CNBC will carry Saturday’s first practice session at 10 a.m., while the 1 p.m. session will air on NBCSN. Finally, the 2017 MENCS champion will be crowned Sunday. The Ford EcoBoost 400 will go green at 2:30 p.m. ET and will be broadcast on NBC.