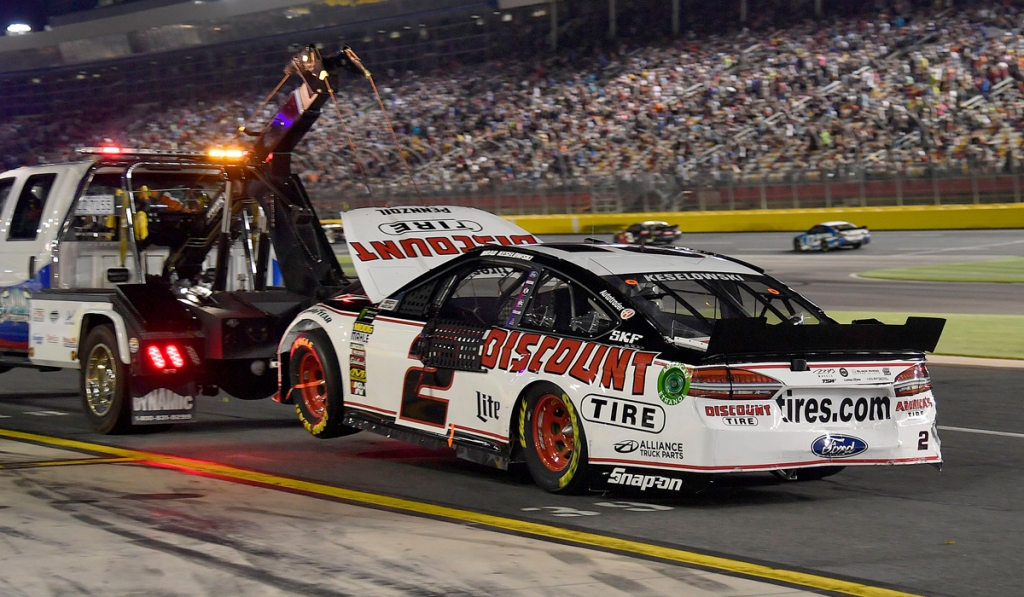 “We stayed out on two tires and were able to hold up close to the front. Track position was super important. We got a great restart and were passing cars. I just barely didn’t get through there. The 78 (Martin Truex Jr.) got me and tore the radiator out of the Discount Tire Ford. We will go on to normal racing next week for the 600. You definitely seem to draft more which has its highs and lows. Track position, power and drag are super important.”