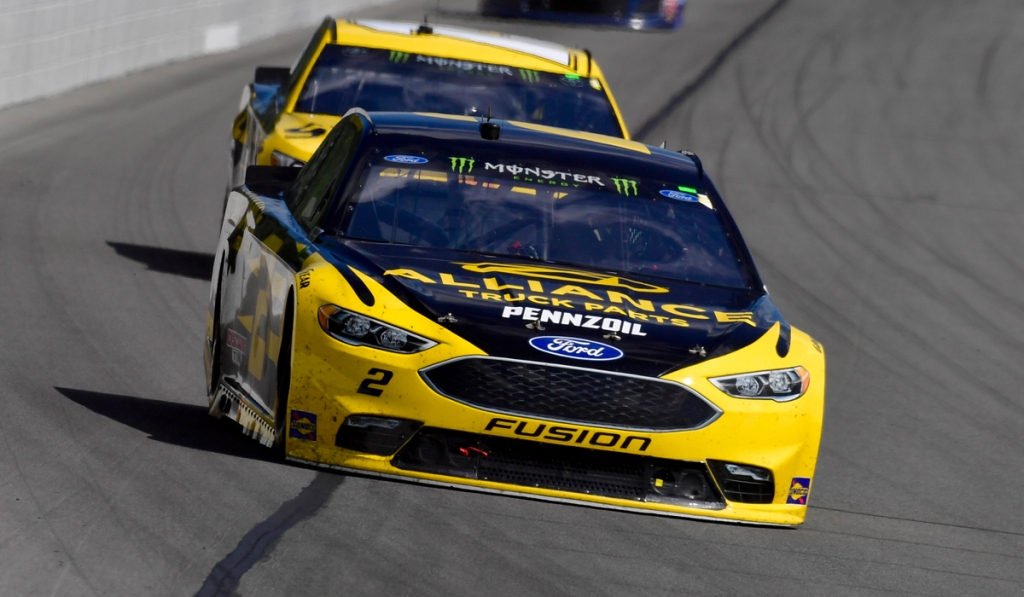 “We just blew a rear tire in the corner and backed into the wall. The car wasn’t terrible but wasn’t enough to get fixed in the time that was allowed so we limped it back to the garage and they made me come to the care center. That is just the way it was today for the Alliance Ford. We are fighting hard trying to get the most of everything we can get. We are in a position where we are pretty much locked into making the playoffs so now we are just driving the hell out of it trying to make something happen.”