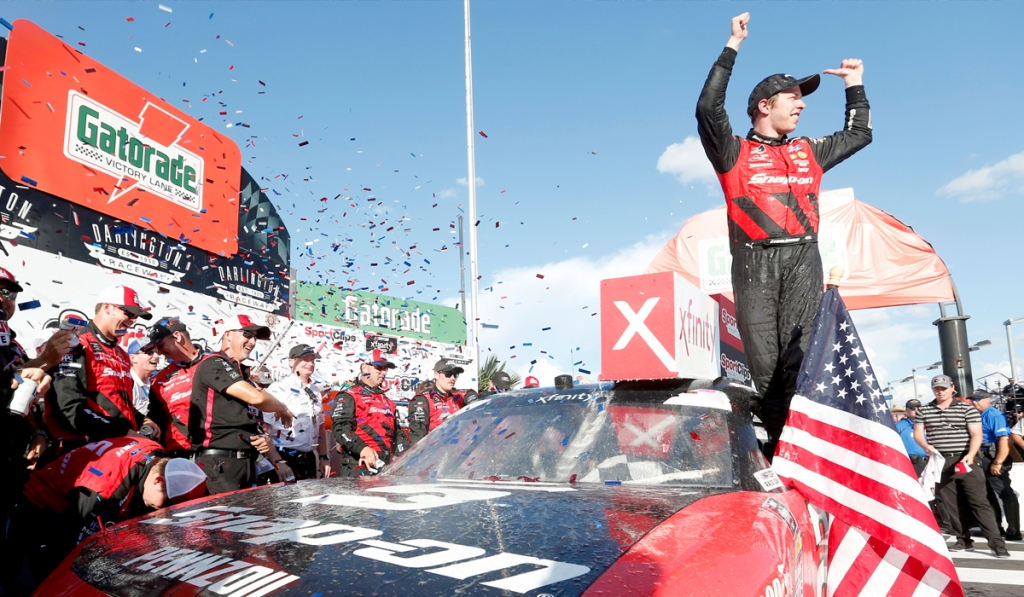 “We had a really great Snap-On Ford Mustang. I could keep up with Ross, but I couldn’t quite pass him. I tried to make the move to get by him and I just brushed the wall and both he and Kevin got back by me and then they had their issue off of Turn 2 and were just so strong that we pounced on it and took advantage of the opportunity. I drove five races this year and we’ve won three of them. That’s pretty darn good and I’m really proud of that. That’s such a testament to this team. This win means a lot to me. Darlington has been a track where I started my career very well with the Cup car and had some great runs, and then the last half-dozen races I think I’ve ran here have gone quite awful. I’m trying to figure out why that is and running this race certainly helps. It gives me a lot of confidence and direction to know what to work on to be better.”