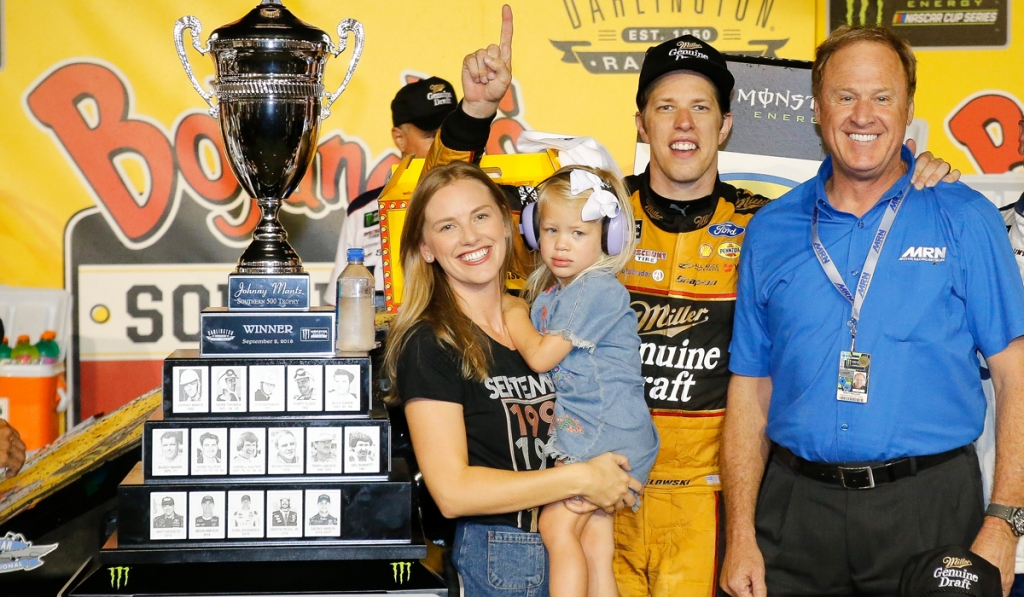 “I’ve got to give a lot of credit to my pit crew. We were running second and that last stop they nailed it and got us out in the lead. I thought Kyle (Larson) was really good, and he was flat-out flying. I know how it goes. In 2015 we led a bunch of laps and lost it on the last pit stop and today my team won it on the last pit stop. Then it was just about me hitting all my marks and not screwing it up. How cool is this winning in Rusty Wallace’s Throwback car, the Southern 500, Throwback Weekend. It’s probably the biggest win of my career, especially with it being a weekend sweep at one of the toughest tracks on the circuit, and today was no different. So I’m just really, really thankful of the team effort that it took to win this race. That last pit stop put me in position. Of course we had to capitalize on it, but we were in position, and the pit crew nailed it. I got a great launch out of the pit box. I couldn’t have beat Larson by more than a foot. I knew if we could get out front, we were really strong on the short runs, not as strong as he was on the long runs, but I knew if we could get out front there with 20 or so to go that we could drive away. I was just praying every lap there wouldn’t be a caution. We were setting sail, and just please, no caution, please, no caution, and it came through for us.”