Every year at this time, as the NASCAR offseason wraps up and we prepare to get things started again, there are a few questions from fans and media that always seem to surface. People want to know what I did all offseason. They want to hear what I think about whatever rules changes NASCAR has implemented. And they want to hear what our team is doing to improve for the coming season.

All of that seems like perfect material for my first blog entry of 2015.

Before jumping into my thoughts about the rule changes, I want to take a minute to talk about the Chase format that was implemented last season. We wanted to create a system that was more exciting, entertaining and engaging for our fans. Looking back at last year, it was undoubtedly a success. Fans loved it. As far as drivers go, I think most of us look at ourselves as ambassadors of the sport. So if you, the fans, like it, then we like it, too. And that’s how it should be. We’re all fighting very hard to make sure NASCAR not only survives, but thrives. 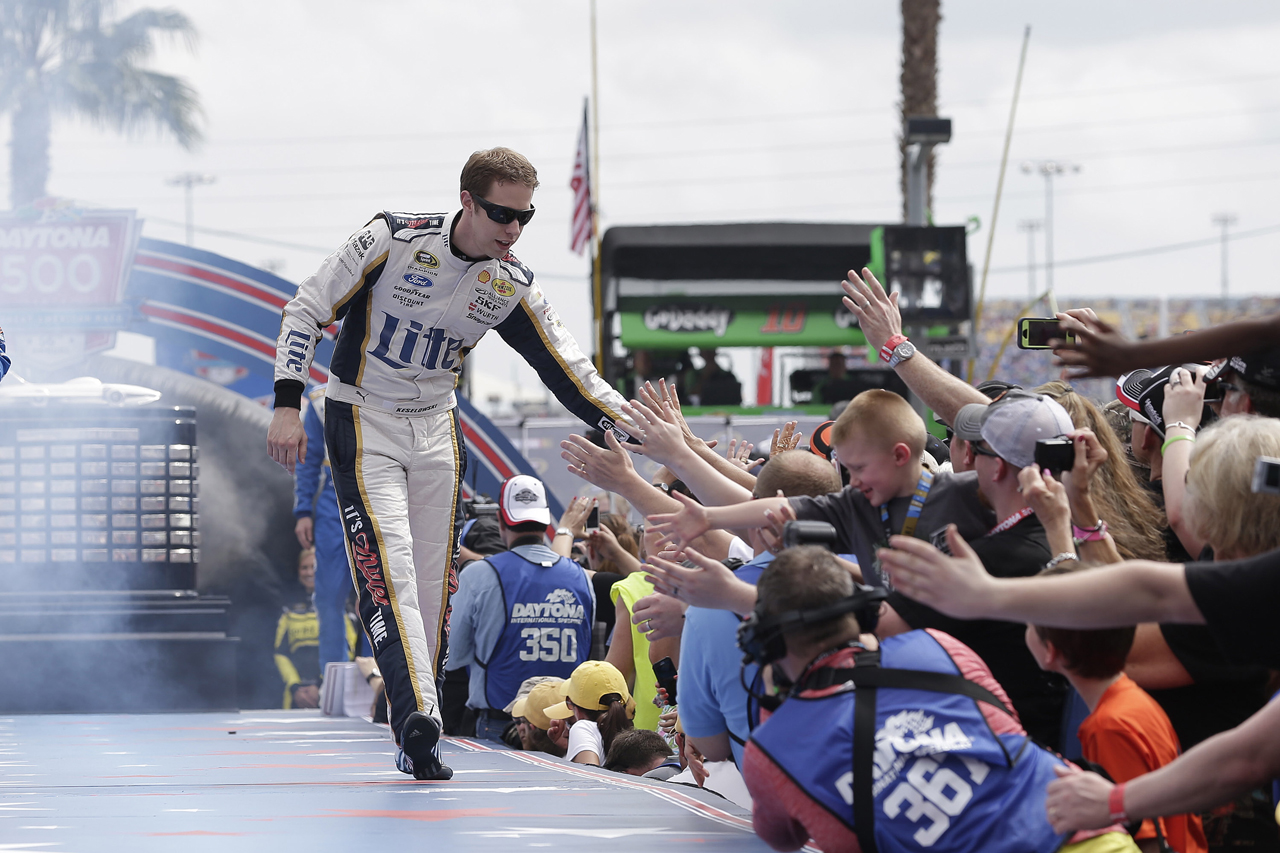 The 2014 season was an exciting one for the fans, and that’s the way we want it

So on to the rules changes. Most of them are technical — changes that were made to the cars themselves — and a few were procedural. The funny thing is that we honestly have no idea, at this point, what to make of any of the changes and how they will affect the cars. At best, we’re just guessing. Sometimes — usually more often than not — those guesses are right, but still, they’re just guesses.

In that sense, our hunches about how the new changes will play out are a lot like player ratings in Madden, my favorite video game. Every player has a rating. Every team has a rating. And every year, before the Super Bowl, the people who make the game run a simulation, and come up with a predicted score based on those ratings. Sometimes those predictions are right. Sometimes, like last year, they’re way off.

In reality, though, there are so many factors that you can’t see when it comes to a real football game — so many different twists and turns of fate — that you can’t really predict it based on what you see on paper. (Just look at what happened at the end of this year’s Super Bowl, or in the college football playoffs.) If we just went off ratings, we’d just declare one team the winner before they ever stepped on the field. And that’s one of the things I love about our sport. We don’t know how the changes are going to affect the cars. We race because we don’t know. We race to solve a question of the unknown. The first four or five races of the year are always my favorite because they’re so unpredictable. At that point, no one really understands the package fully. People tend to make mistakes, and as a driver, that makes for some great racing.

To me, one of the most intriguing procedural changes that’s taking place in the 2015 season will be on Pit Road. Essentially, NASCAR is incorporating cameras instead of using officials for penalty enforcement in the pits. To draw a parallel, it would be like the NFL getting rid of referees and using footage from the television broadcast and official footage to officiate the game. I don’t know how that’s going to play out, but it should be interesting, one way or another.

Entering 2015, the biggest announcement about our team is that we’ve made very few changes.

We’re almost like an NFL team in that we have a whole squad that’s a couple years more experienced, and everyone’s coming back this season. In fact, we have probably one of the most stable platforms in the sport right now as a team and company. We have all our sponsors signed up for the long-term. I’m signed up for the long-term. Our crew chief is signed up for long-term. And we added some more depth to our pit crew. I believe in the things that we’re doing. I was thrilled with how we finished last year, and I feel like we’re only adding to our potential for success with the things that we’re implementing for 2015. 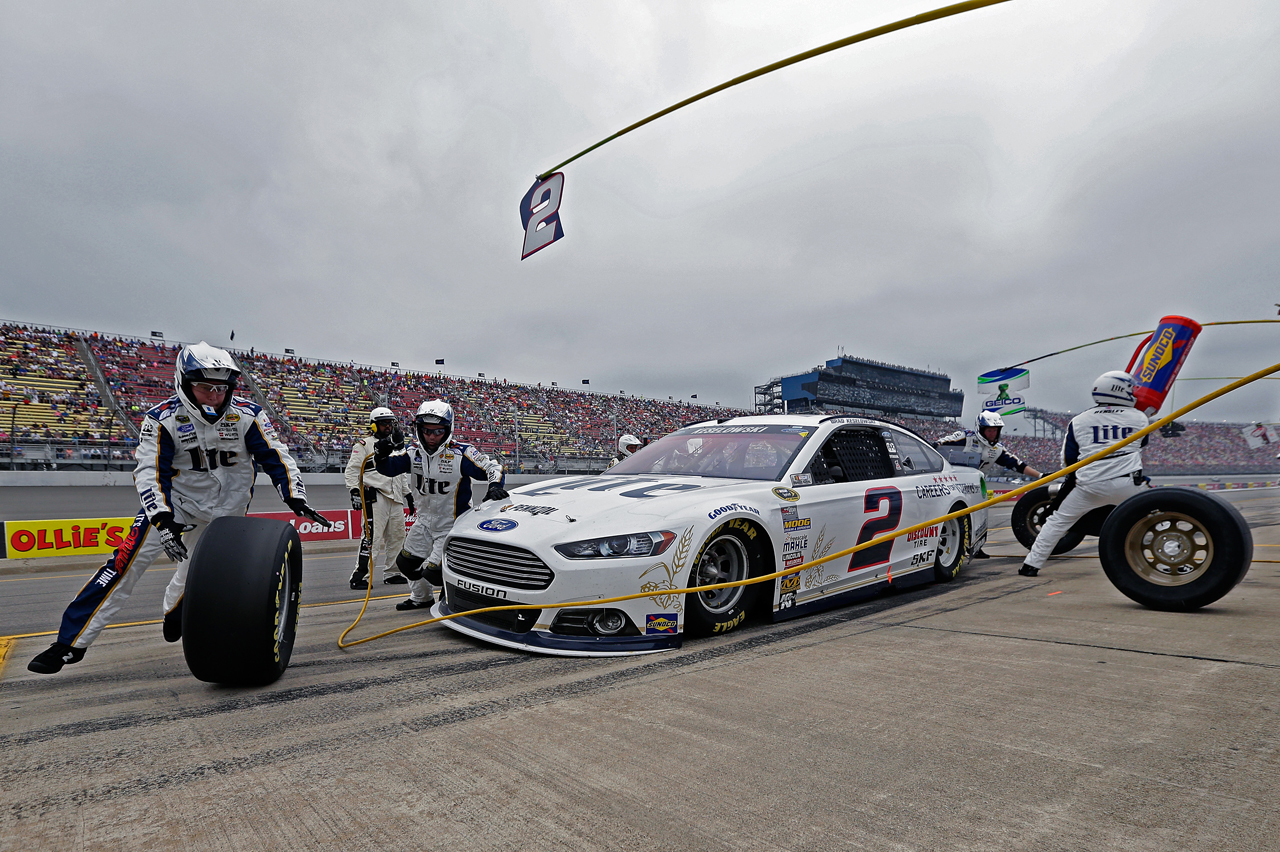 Our team for 2015 is very much the same from last season, and I think the continuity will only make us better

Personally, I’m in an incredible position. I’m 30, about to turn 31 right before the season starts. I feel like I’m nearing the peak of my physical and mental capabilities. And with the experience levels that I have in the sport, I’m hoping to remain an elite driver for the next decade.

Right now, we’re gearing up for the Daytona 500. Our Daytona cars were in the wind tunnel in December, which means they were built in November. Daytona is a special race for a lot of reasons, the history of the track and the race aside. For one thing, you have three months to think about it. For me, Daytona has been one of the biggest heartbreaks of my career. The last two years, I’ve come as close to winning that race as I think you can come without being able to close it out. I’ve never had a win at Daytona in anything I’ve raced, but I’ve been right there. I’ve been leading with one lap to go in a Nationwide race. I was leading with one lap to go in the Unlimited last year. The Twin 150 qualifying race last year I was leading and had some problems on Pit Road. The last two years in the 500, I’ve been second with two laps to go and haven’t been able to close the deal.

If I could win the Daytona 500 it would be a career-defining moment for me, and that’s not something I take lightly.

Racing ends the week of Thanksgiving and starts back up the week after the Super Bowl, and it’s kind of a perfect lull where all you have to worry about are the holidays, and being with your family. A race season is long and drawn out. You don’t get a lot of family time. Outside of racing, most people take their family vacations over the summer. We’re not available during the summertime, so for those of us in the racing industry, the winter holidays are our break time. I have to say, it’s been a great offseason in that way. I saw my team and many of their family members. Of course, I spent time with my own family, too. My mom still lives in Michigan, so she flew down and spent a week with me in North Carolina. It was good to catch up with her. And I spent a lot of time with my girlfriend, Paige, and a little with her family, too.

The biggest announcement I have to make about the offseason actually has to do with Paige and me. We’ve been together for a little while now, and we’ve been incredibly happy. And things are about to get even better because we’re having a baby girl together.

Before I talk a little more about that, I do have one request of fans and the media regarding my daughter-to-be. Some of you like me. Some of you dislike me. You all share your thoughts with me via social media, or in person at the tracks. I have no problem with any of that, good or bad. I’m a public figure, and that’s what I’ve signed up for. But the baby girl we’re having hasn’t signed up for any of that. So if you can keep the focus on me, that would mean a lot to us.

Getting back to Paige and our new family, I know that we’re not doing this in the traditional order of things. I will simply say this: I’m the happiest I’ve ever been in my life, and Paige is a very large part of that. She’s an amazing person. She’s soft-spoken, well-educated and smart. She’s beautiful, which never hurts. Most importantly, she understands who I am and where I’ve come from in ways that most people wouldn’t know or understand. Her family, which is extremely supportive and feels like an extension of my own, came from very humble beginnings, just like mine did. She’s seen the world from a lot of different perspectives that most people never get to see.

We’re thrilled to be doing this together. The 2015 season is shaping up to be a great one, both on the track and off it.