Starting the Year With a Win 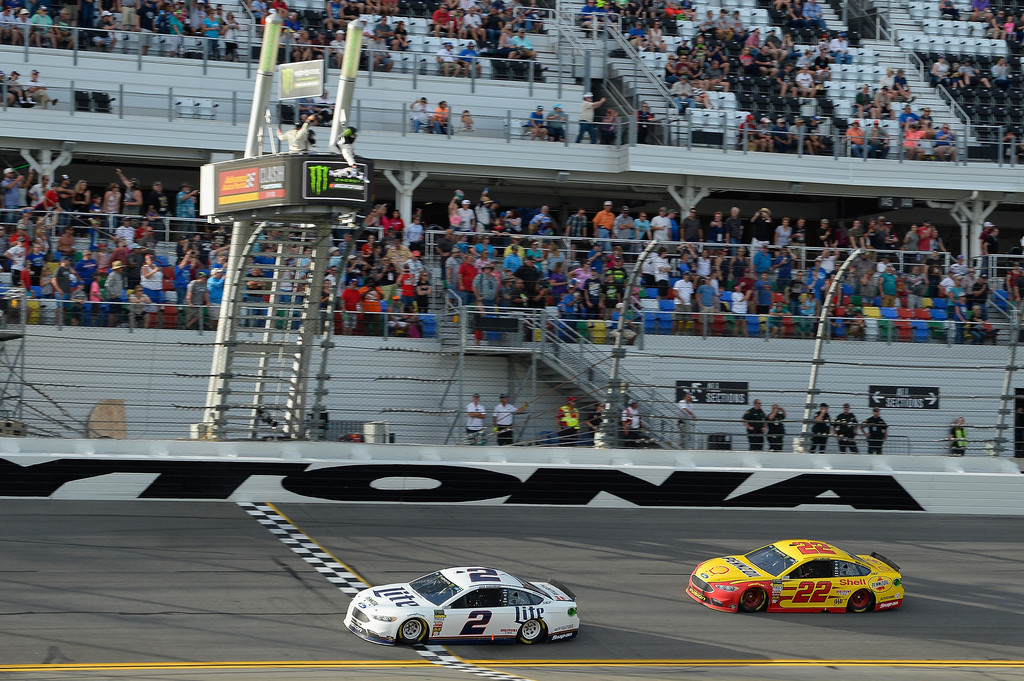 Brad takes the checkered flag in the Clash.

The No. 2 took the lead for the first time on lap 28 thanks to a great pit call by crew chief Paul Wolfe. Keselowski pitted under green on lap 26 before the competition caution one lap later. The move gave Keselowski the lead for the restart on lap 29.

The driver of the Miller Lite Ford grabbed the lead for the final time when he passed Chase Elliott on lap 39. From there, Keselowski held off Penske teammates Joey Logano and Ryan Blaney, edging Logano to the finish line by .102 seconds.

“I was worried about the run but the car was way overheating there at the end and I was more worried about it blowing up than anything else. Doug Yates and his guys did a good job giving me something real durable to take all that and keep digging. I am really proud of the whole effort here. What a way to start speedweeks, putting the Miller Lite Ford in Victory Lane. I am really proud of my team. It means a lot. I have never won anything here during speedweeks and I feel like I have choked them away to be quite honest. You need one to break through. Hopefully this is our breakthrough.” 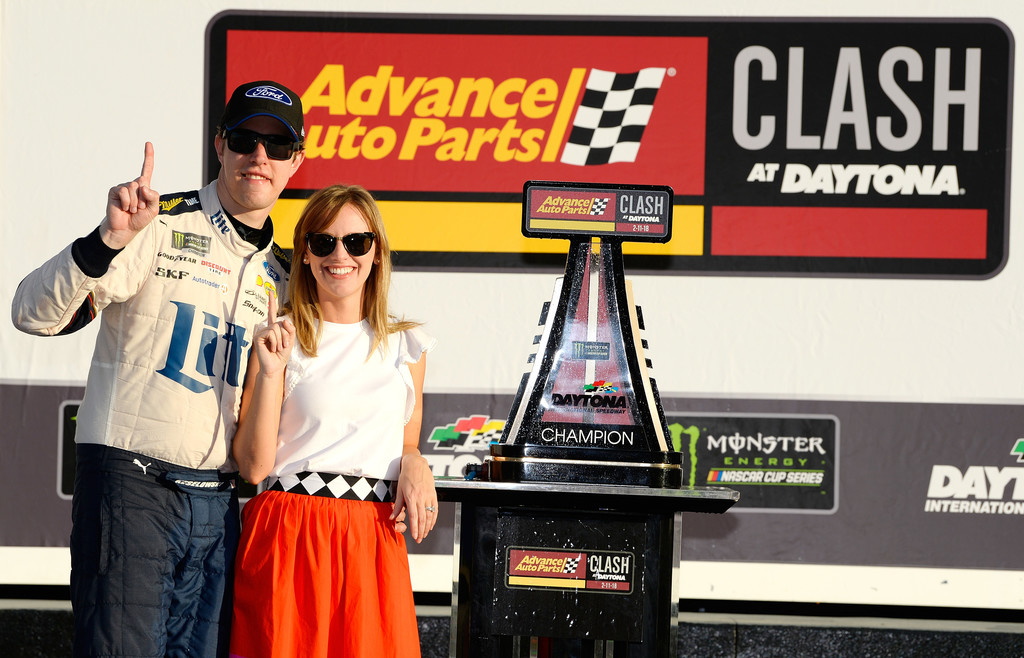 Brad, Paige and the Clash trophy.