Brad Keselowski scored a sixth-place finish in the Pennzoil 400 at Las Vegas Motor Speedway. Keselowski claimed his second top-10 finish in three races this season and climbed up to seventh in the MENCS driver standings – a gain of five positions. 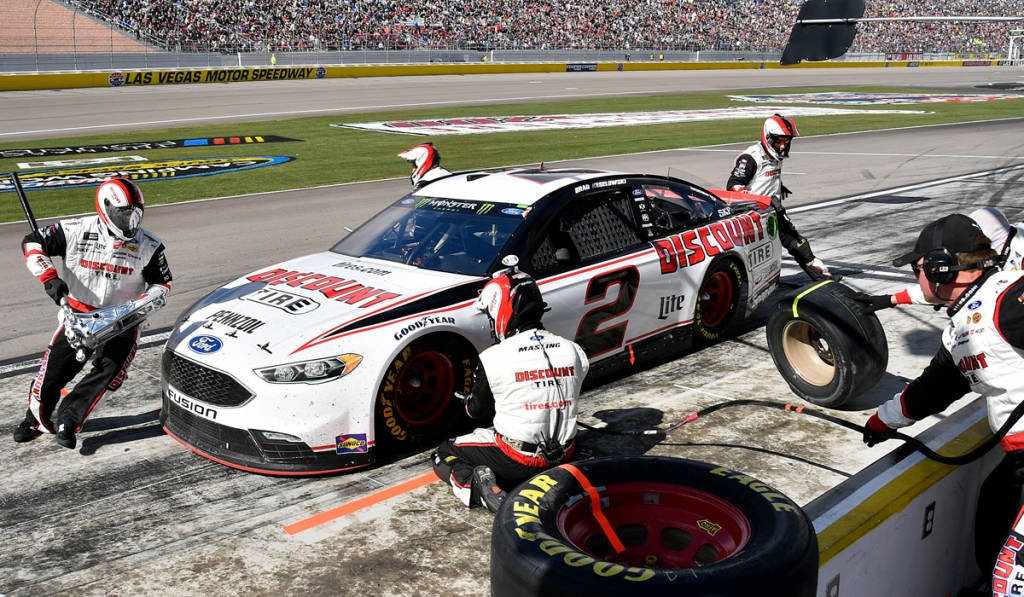 The 2 Crew in action at Las Vegas Motor Speedway.

During Stage 3, crew chief Paul Wolfe made a strategy call to short pit in an effort to gain track position. Keselowski pitted under green on lap 217 for four tires and cycled up to second place as other leaders made their scheduled stops. Try as he might, Keselowski couldn’t hold off his rivals in the closing laps of the race and was forced to settle for a sixth-place finish.