Brad Keselowski scored a second-place finish in the Folds of Honor Quik Trip 500 at Atlanta Motor Speedway. He climbed up to 12th-place in the series championship standings, 31 points behind the leader. He claimed his fourth consecutive top-10 finish in Atlanta and his sixth in 10 starts at the 1.54-mile oval. 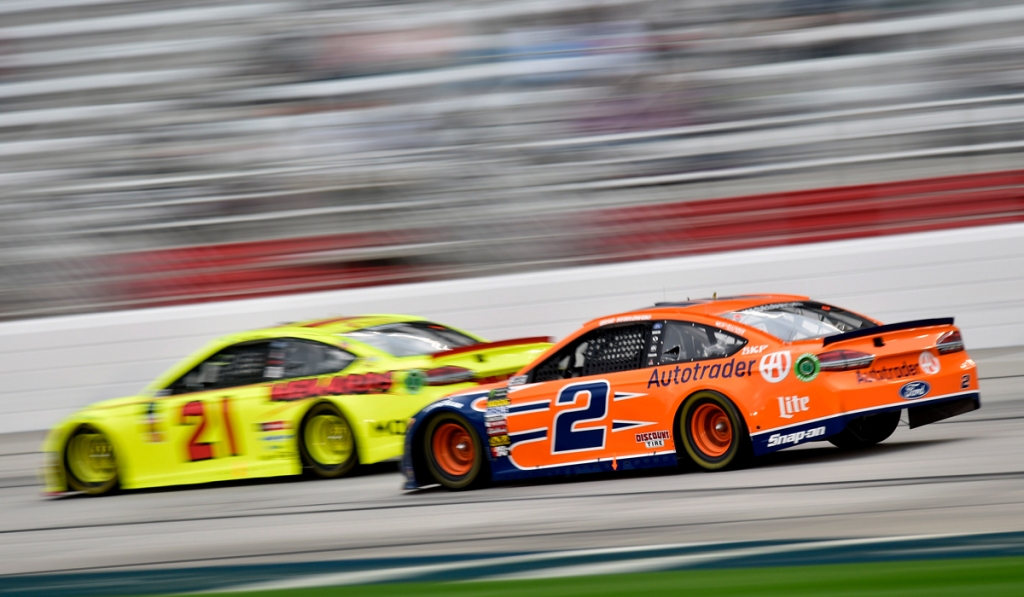 Keselowski started fifth in the 325-lap race and finished third when the first stage ended on lap 85.

Two excellent pit stops put Keselowski in position to win the second stage. Speedy service on the pit lane by the No. 2 crew following the first stage gave Keselowski the lead when the second stage began on lap 93. He was running second when the third caution of the race slowed the pace on lap 160. Keselowski made a four-tire stop one lap later and restarted in the lead when the race went green on lap 164, holding off Kurt Busch in the seven-lap dash to the conclusion of the stage.

During the third stage Keselowski ran near the front of the pack and led 15 laps in the final segment of the race. Unfortunately, he was unable to mount a serious challenge to eventual winner Kevin Harvick and held off Clint Bowyer in the closing laps in a close battle for second-place.

“We were good, but we just weren’t as good as Kevin (Harvick) was.  We had a strong race car, but just couldn’t quite find that last little bit of speed we needed. There might have been a little bit of speed there, but, honestly, Kevin was better pretty much every run than we were, but we were sure trying to keep him honest. I think we know where it is that we can be better and we just have to apply it.”