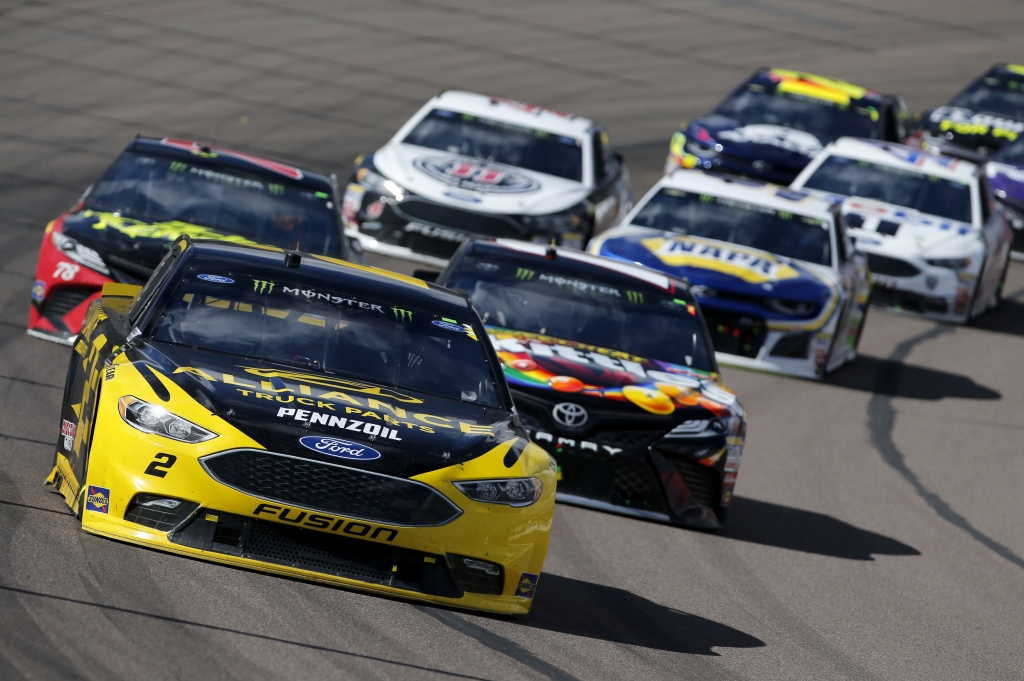 Keselowski out front at ISM Raceway.

“We scored stage points today with our Alliance Truck Parts Ford and that’s a positive. We had a strategy there at the end to get more but it just didn’t work out for us.”