Brad Keselowski will channel Rusty Wallace on his No. 2 Team Penske Ford for the annual throwback-themed Southern 500 at Darlington Raceway on Sept 2, 2018, the team announced Thursday via Twitter. 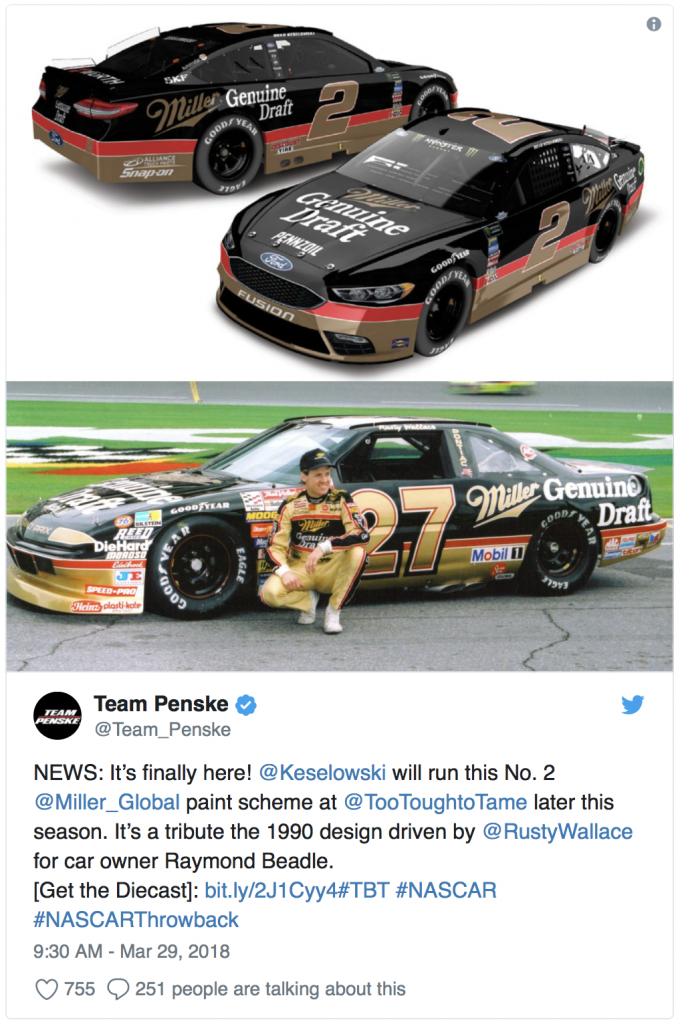 Wallace piloted the Raymond Beadle-owned No. 27 to a pair of wins (Charlotte and Sonoma) and back-to-back pole awards in 1990, following his 1989 championship-winning season. In addition to the 1989 premier series championship, Wallace won 55 Monster Energy NASCAR Cup Series races in his storied career. He piloted the No. 2 — the same car number as Keselowski — from 1991 until the end of his fulltime career in 2005, driving for Roger Penske in those years.

Now in its fourth year, the annual throwback program at Darlington Raceway will celebrate “Seven Decades of NASCAR” this season in honor NASCAR’s 70th anniversary this year.