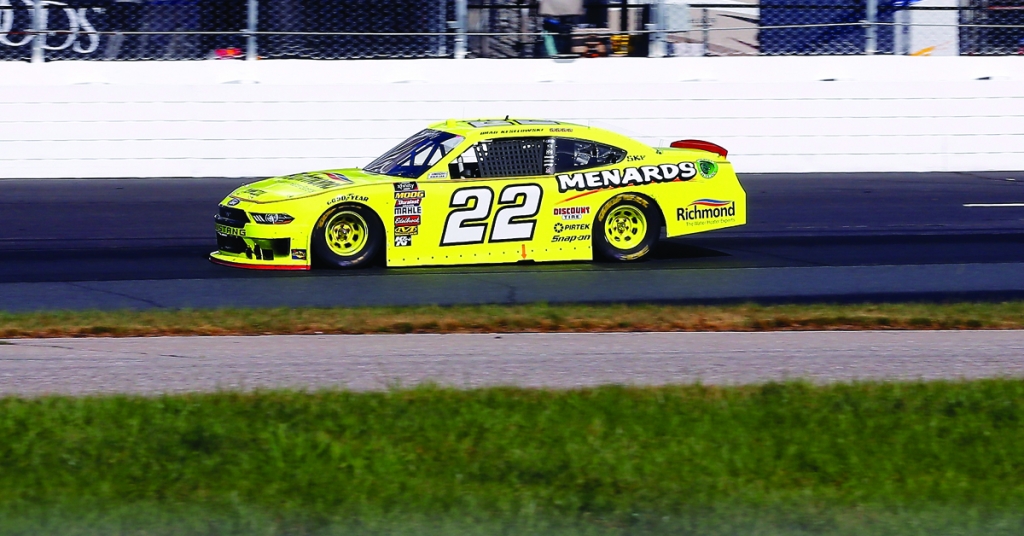 “It was a good race.  Christopher (Bell) drove really well.  It seemed like our Menards/Richmond Ford Mustang and the 20 car (Bell) were probably the class of the field. We knew it was probably going to come down to us at the end and he did a good job.  They did a good job and made the right call to put four tires on and kind of got us there. I was just way too loose at the end of the race.  I didn’t have any left-rear tire and it just wouldn’t keep the back under it. All-in-all it was a good day.  You kind of get mad about second and kind of don’t.  You try to respect the fact that it was a great car today and a great effort for our team, but know that the potential is there for more.”