Brad Keselowski had the car to contend at Daytona in the Xfinity Series 2019 season kickoff event on Saturday, but for one faulty part.

On the first turn of the first lap of the NASCAR Racing Experience 300, the roof hatch in Brad’s No. 12 Fitzgerald USA Ford Mustang broke, and after he and his team attempted to fight with it for half the race, BK was forced to call it a day, settling for a P37 finish.

“The roof, escape hatch, whatever it is called looks like there was a defect from the factory on the body and just nothing we could do. The guys tried to fix it but it is in a spot where you can’t get to it and work on it. It is made the way it is made,” Brad lamented. “It broke on lap one, Turn 1, and we did everything we could for the last hour or so but it is just not something you can fix.”

Oddly enough, the hatch was not a problem in qualifying, where BK managed to secure a Top 10 starting spot in P9. From there, Brad knew he could contend for a race win with the speed his Ford Mustang had and his Daytona experience. 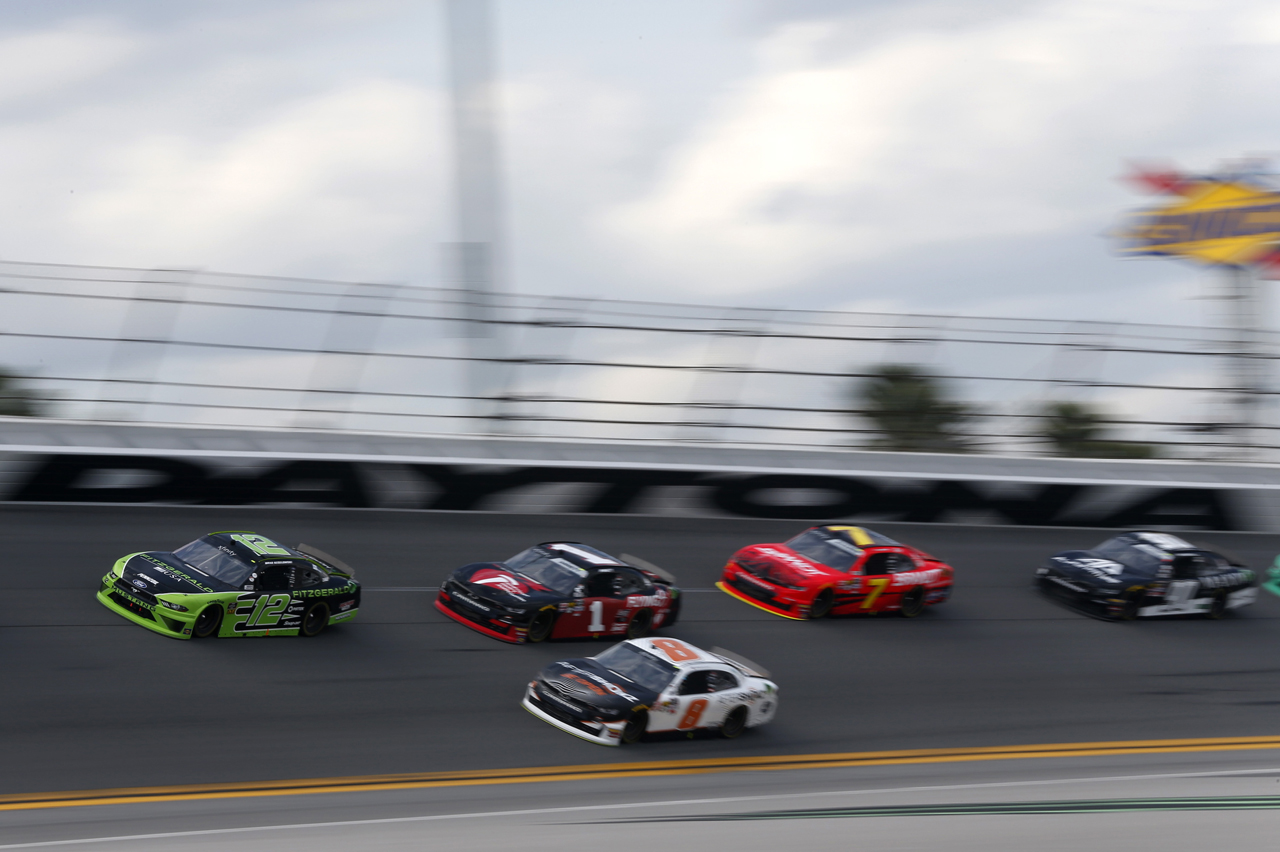 But while running in the lead draft on lap 3, Brad radioed crew chief Matt Swiderski that he was having issues with the roof hatch. The team elected to address the issue at the first caution, but the race went green through the first stage, which Brad completed in P14. At the Lap 30 break, BK pitted for repairs and ultimately made three stops during the stage caution, which unfortunately dropped the 12 car a lap down when the race went back green on lap 37.

The second segment of the race was fairly uneventful, running caution-free and Brad managed to get in position for the free pass as the first car one lap down. He cycled back to the lead lap when the stage ended on lap 60 and pitted under caution on lap 64 for right-side tires and more repairs. But the roof flap issue, which seemed to be under control for a while, only got worse from there. 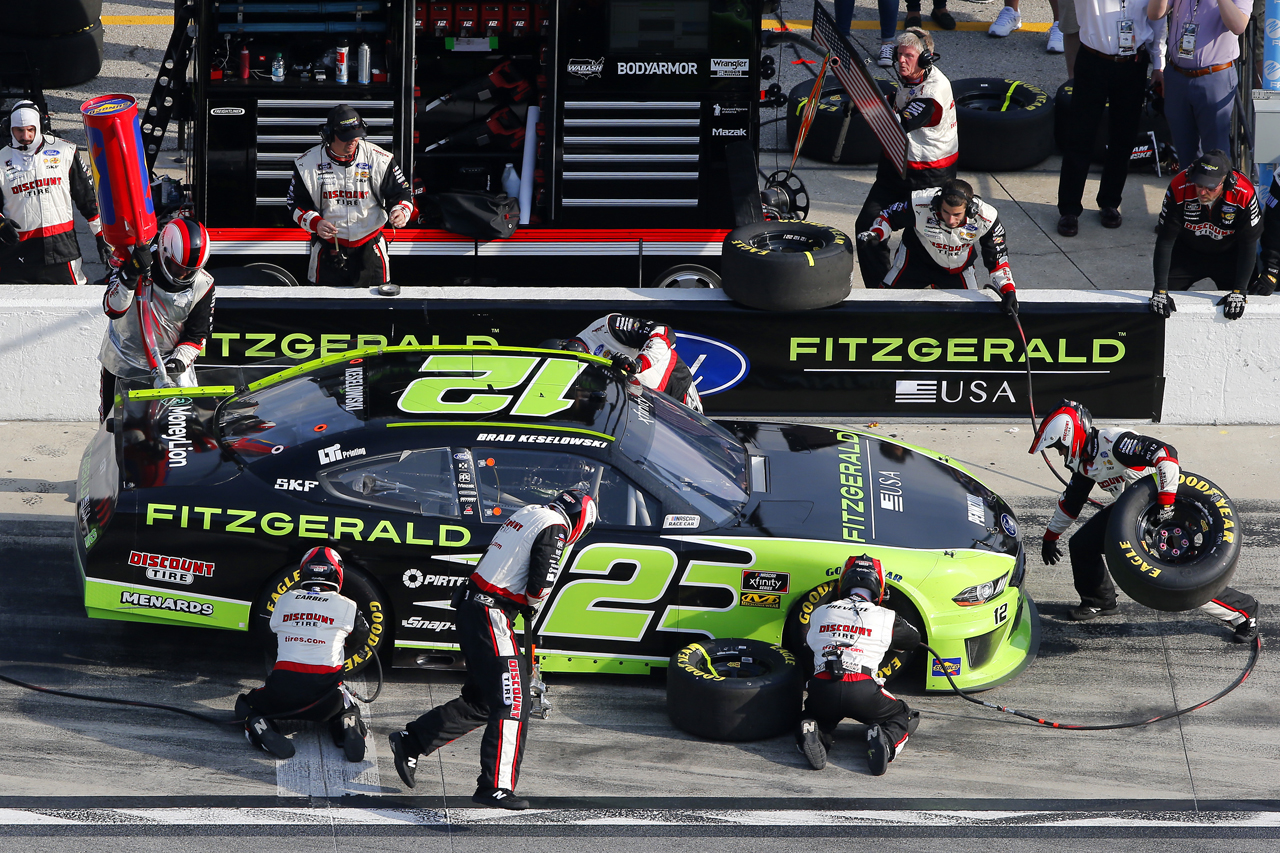 As he tried to get back out on the track to begin Stage 3, the roof flap refused to close. BK made an extended stop on pit road, leaving his stall just at the green flag waved on lap 67, but as he came up to speed, the roof flap reopened. After making a few more laps with no change, the No. 12 was forced to the garage area, where the crew attempted more repairs to no avail.

“I felt like I was back in the ’50’s running a convertible here on the beach. That was interesting,” he said. “It is one of those things outside your control and sometimes that is just how things go. I hate it for Fitzgerald and Ford. I know we had a car that could win today.”

Instead, Brad settled for a 37th place finish in his first Xfinity Series run this year.