The Fault in Our Stars

A few weeks back, I made a comment about Kyle Busch and how he handled losing the Coca-Cola 600. Many people at the time tried to justify his behavior as a competitive driver being frustrated by losing. Others tried to bad-mouth Kyle as a person. I didn’t agree with either of those takes.

I’ve thought a lot about the discussion that followed, and there was something about all of it that left me feeling like everyone—myself included—had somehow missed an opportunity where we could all have learned something. I want to dig deeper and think bigger with this blog.

Today, I want to use that event as a reason to take a look at the larger picture, to think about more than just drivers and racing. I want to talk about how we talk to and about each other, and to think a bit about the kind of world we all want to live in. Because the more I think about it, the more I believe that there has to be a better way than what we have now.

In our sport, every driver is going to have some low lights. It’s just part of it. Every driver has done something he’s not proud of. Some have done a good job of burying or hiding it, and that’s okay. But most have not, myself included.

I can think of some incidents I wish I’d handled better.

The first was a couple weekends back at Kentucky. In the heat of the moment, I lost my cool. I was frustrated, but I think we can all agree that there were many other channels I could have used to deal with my frustration.

Another one that comes to mind is my dust-up with Jeff Gordon at the 2014 Texas AAA 500. There were some driving moves I made that I still believe were the right ones. Still, I could have tried a little bit harder to talk to Jeff afterward. Maybe it wouldn’t have made a difference, but I regret not having the humility to walk up to him and say, “I hated that that happened to you. I didn’t want it to happen.” 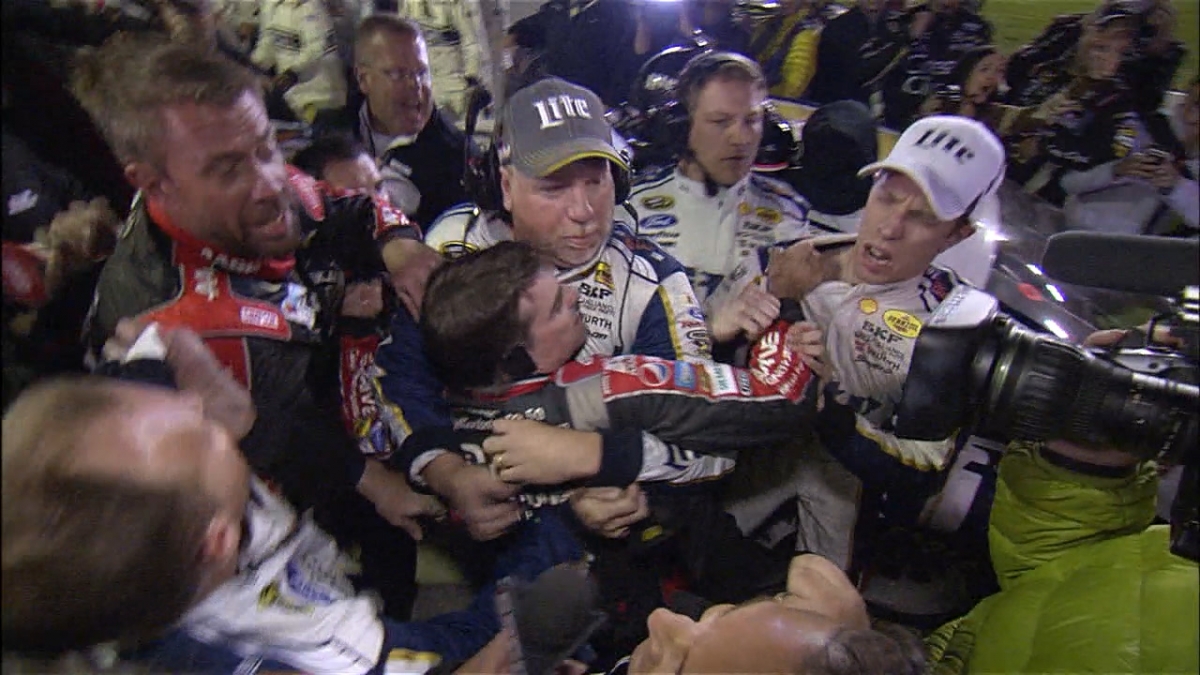 I could have tried a little bit harder to talk to Jeff Gordon after the 2014 Texas AAA 500.

The point I’m trying to make is that athletes are human. We have plenty of faults. And if you don’t think that someone you’re a fan of is fallible, or has made mistakes, or has had issues, you’re fooling yourself.

The challenge for all of us—athletes, media and fans—is how we choose to digest the frailties we see. In some ways, how we react to our heroes’ shortcomings says as much about us and the time in which we live in as it does about them.

The truth is that the degree of access that we have to our heroes has really transformed the way that we see and interact with them. Consider John F. Kennedy for a minute. He was a fairly popular president, but during his time, no one knew that he had a lot of extracurricular activities going on in his personal life. How would that have affected how people felt about him? I think it’s pretty safe to say it would have changed the way they felt pretty fairly adversely.

Our fans are left with a dilemma. It used to be that we never knew about the faults of our heroes. Now, it seems like that’s all we know. It’s easier to pick up a paper and find out that your favorite star has a substance abuse problem, or said something offensive, or had an unkind moment with a fan than it is to find out about the good deeds they’ve done. With social media, you find out about those kinds of things in real time.

That can make it a very challenging environment to be a fan.

It’s natural and important to sometimes privately judge each other. We make decisions—who we’re going to be around, who we’re going to support, who we love, who we don’t love—based on the information we get access to.

But when all we react to are sensational or negative headlines, it creates an environment that feels toxic. We take sides. Who’s right becomes more important than what’s right.

THE SIN AND THE SINNER

My mother-in-law has a saying that she says all the time: “Hate the sin, not the sinner.”

It’s a simple way of saying two things. First, it’s okay to like someone who isn’t perfect because none of us are. And second, it’s also okay to dislike things that the same person might have done wrong.

That seems like something that’s really tough for people to distinguish, especially in the age of social media. Because for some reason, most people are stuck in one of two places.

They either hate something a person does wrong, and write the person off, too. Or they support a person and back everything he or she does—even if it’s wrong. 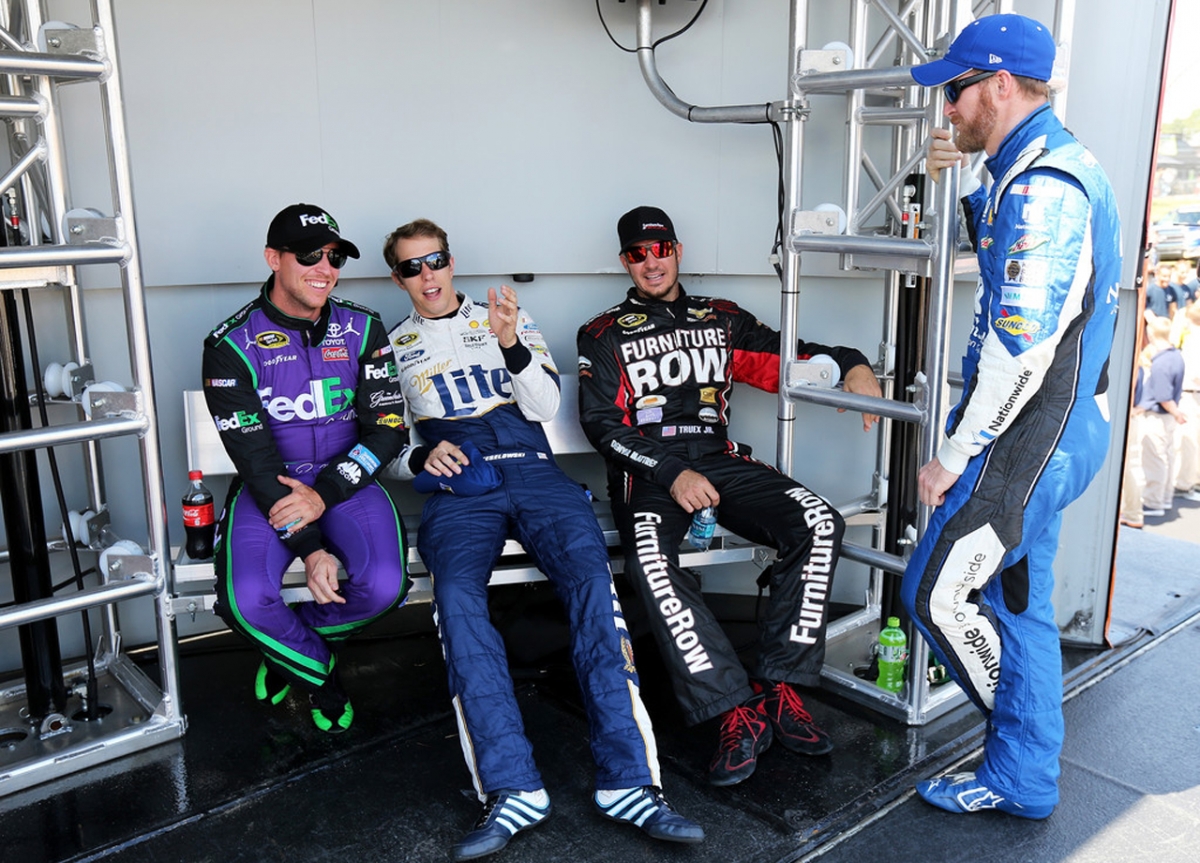 It’s easy to jump on the hate the sin and the sinner bandwagon. Somebody does something we disapprove of, and we decide right then and there that they’re awful, too. We’re all guilty of that from time to time.

It’s also easy to excuse the bad behavior of someone you support because you’re a fan. But you can’t give people a hall pass for doing things that aren’t right. I can say, “Hey. When I was five years old, I stole a pack of gum. I’m a good person now. I’ve done enough to make up for that.” That might very well be true, but we can also agree that stealing gum still isn’t okay. Believing in someone doesn’t mean that we stop holding that person accountable, or using common sense.

So where’s the middle ground? Maybe it’s that one bad act shouldn’t define us, especially since most of us are defined by much more than any single thing we do.

Danica Patrick had a well-publicized incident at Pocono that speaks to what I’m getting at. After some fans booed her, she stopped and basically chewed them out for it. It was caught on camera, and it went viral.

Danica later apologized, and explained that moments before the whole deal went down, security had restrained and removed a fan who came at her in a rush. Now that may not excuse how she handled things, but she definitely didn’t deserve what happened, which was that people were talking about her on social media like she was the worst person in the world.

As fans, as athletes, as members of the media, we’re all being faced with a real challenge. We know and see more about each other than ever before. But what are we going to do with all that newfound knowledge and information? Is this the way we want our world to be?

And if not, how do we change the way we interact with each other for the better?

Hopefully, we can find a way to be strong enough to identify our own weaknesses and faults, and tolerant enough to forgive others for having them, too. As of now, though, we’re not there yet.

I’m curious to hear what you think.