My Return to Team Penske

I announced my new contract with Team Penske today, and here in my blog, I want to explain the thinking behind my decision. I want to address some of the buzz that surrounded it, especially because a lot of people have wondered why it took so long.

(If you’re a fan of the 2 who was waiting for this to happen to buy your merch or get your new tattoos, you can breath a sign of relief.  )

If it was just about me, I think it’s something that would have been done six months earlier. But I’m a big believer that a race car driver is kind of like a quarterback for a football team. He’s the foundation, but he’s only one piece. So if it was going to take until January or February to make sure I’d have the rest of my team moving ahead, that was fine with me.

Paul Wolfe and I have been together the second longest of any driver-crew chief pairing. We’re second only to Chad Knaus and Jimmie Johnson. That’s something we’re proud of, and we want to build off that.

Continuing to build something at Team Penske was another big part of it. To put it into the most basic terms, it’s kind of like building a house. We’ve made some great progress so far. Sure, it’s human nature to look around, and take a look at your neighbors’ houses. Maybe there are some with patches of grass that look better from a distance. Maybe there are others that look a little worse. I like our house. I was very interested in just sticking around and watering my own grass. 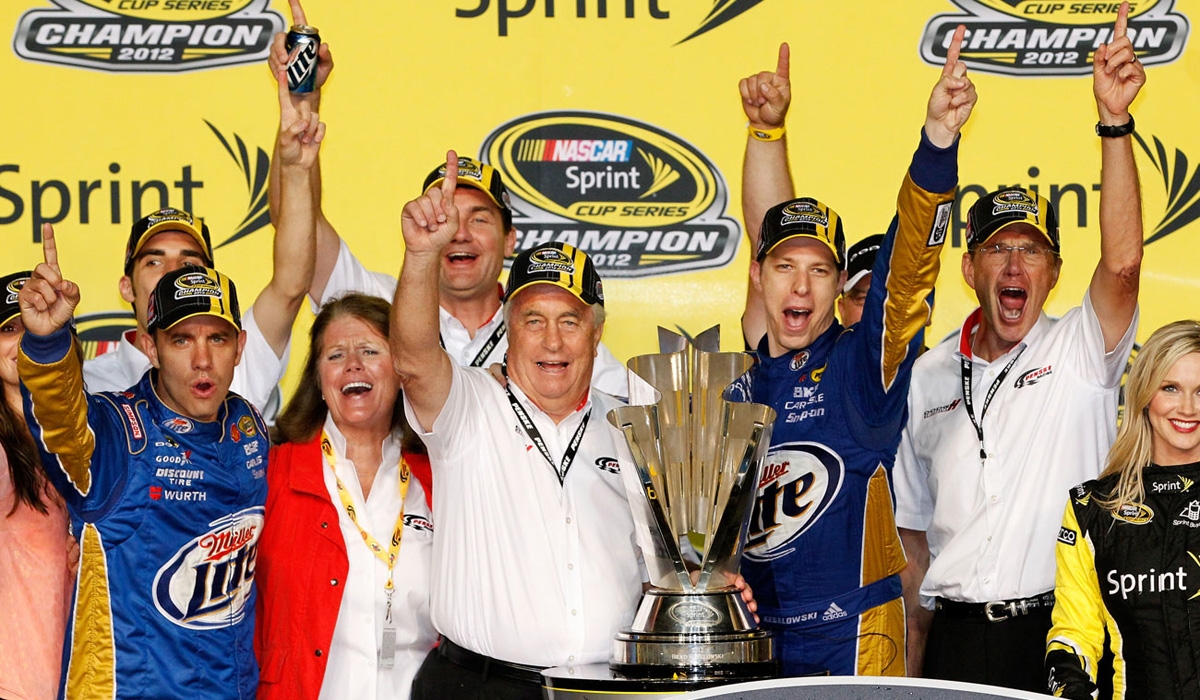 I’m looking forward to winning more of these with Team Penske.

One of the other benefits of continuing with Team Penske is that I can continue my pursuit of the team’s all-time record for races won. Right now, I’m eight victories behind Mark Donohue. Team Penske has been around for 50 years, and to have the most wins would be like having the most home runs for the Yankees. That is something I want to see come to fruition. It was a big deal for me personally, and it really factored into my decision to stay.

With Dale retiring, there was a lot of speculation that I might be taking over the 88. I never had any conversations or talks with anyone about it, but I always assumed that the possibility was there. I could see how it would make sense to fans, too. I drove for Dale in the past, so there’s a relationship and a legacy that goes along with that. And the 88 car is an elite ride. There’s a deep connection that the 88 has had and is going to have with fans, and I think anyone would have been proud to extend that history in some small way.

But at the end of the day, remaining loyal to Roger Penske was important to me, and the opportunity with Team Penske outweighed the opportunity to take over for Dale. There are a lot of reasons I’ve loved being with Team Penske, but one of the biggest ones—beyond Roger’s legacy and all of that—is that he is the type of guy who always does what he said he would do.

That means a lot to me.

I’m proud to be with the team I’m with. We have one of the strongest programs in NASCAR. We’ve won races every year we’ve been together. With Team Penske and Ford behind me, I know we’ll have a shot at more championships.

So let’s go get one.