Today, I had to do one of the most difficult things I’ve ever done: tell my employees that Brad Keselowski Racing would be closing down its truck racing teams.

From an emotional standpoint, there aren’t a lot of things in motorsports that have meant more to me than BKR. The truck team operation started in 2007 with Robb Brent, a local racer from where I’m from in Michigan. My family’s truck team had just gone out of business, so I helped him run a few ARCA and truck races, and my uncle—who also ran in the truck series—helped us out, too. By 2011, we had grown into a full-time operation, and we continued in the Camping World Truck Series with our first full-time driver, Parker Kligerman, which was great.

But this, our seventh year competing full time, will be our last for the foreseeable future. That doesn’t mean I’m done being an owner for the rest of my life. It is my goal to continue to have a deeper role in the sport. I’ve been afforded some different opportunities to do that, whether it be as a member of driver councils, or roles that I have picked up within Penske.

I can’t explain every reason why I’ve made this decision, but I want to talk a little more about the thinking behind it. I also want to share some of my experiences running BKR, to express my gratitude toward everyone who’s made BKR possible, and to give you a little glimpse into what’s coming next. 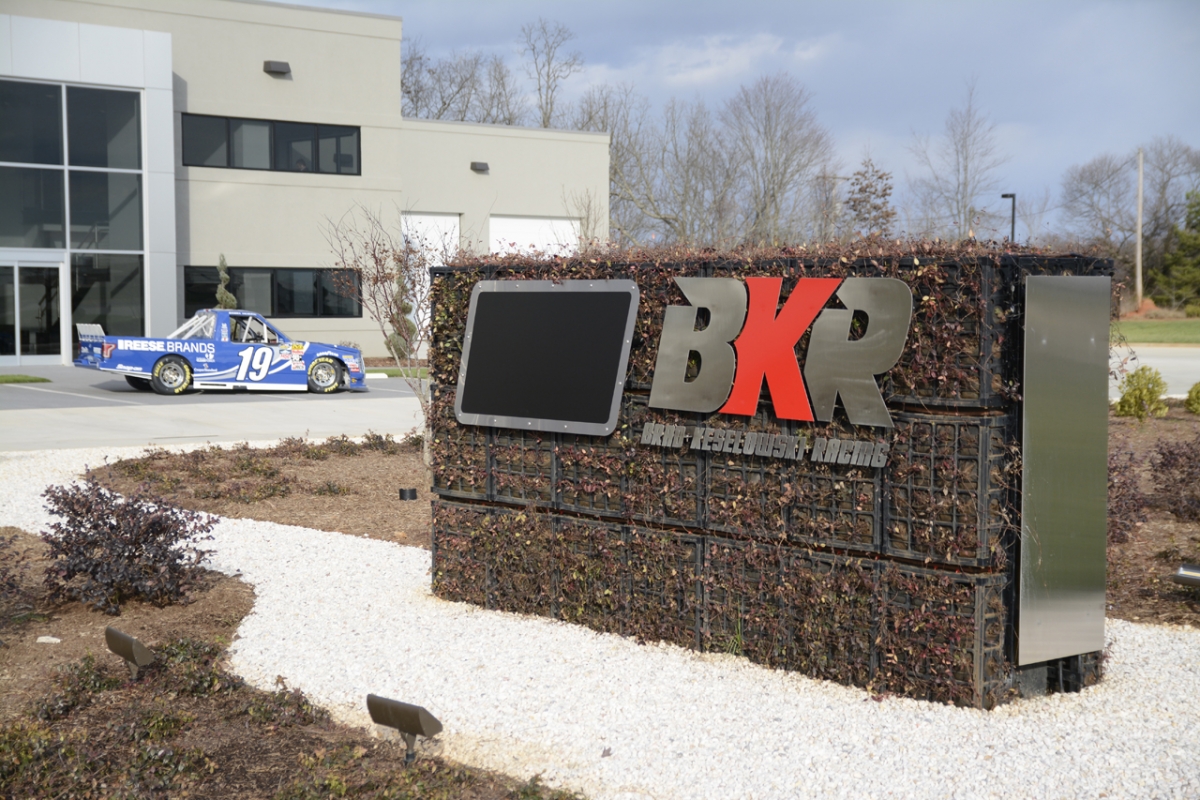 Like I said, this was a really hard decision to make. I’ve anguished over it for probably the last four or five months. In the end, there just were a lot of factors that, taken together, made it difficult for me to continue to operate a team in the truck series.

My contract with Team Penske and the process related to it were definitely a consideration. It is tougher to get deals done now, and it’s only going to get harder. I’m no longer a driver who’s just starting out, and as I get older, it’s more difficult to justify losing money, especially as I look toward the future.

Along those lines, some of you may be wondering whether the new NASCAR rules about how many races a driver could run played a part in this. It wasn’t connected to that at all.

One of the hardest parts of closing BKR is saying goodbye to everything we’ve accomplished. There’s so much I’m proud of. The first few years I owned the truck team, I didn’t have a job with another team as a driver, so being part of it gave me a lot of meaningful experience on the track and off it. We were able to generate enough revenue to open the BKR shop. That was a big highlight for us. Being able to buy back my parents’ old race team hauler and use it—that meant a lot to me, too. I’m also incredibly grateful to our sponsors. In particular, Cooper Standard and Draw Tite/Reese have been a tremendous part of our success, and I thank them for being there for us.

Above everything, I’m proudest of all the people we helped in their careers. There are tire changers who started with us—and had never changed a tire before—who are now in the Cup series. The same goes for our drivers. Being able to help Ryan Blaney, Tyler Reddick and Daniel Hemric to reach the Xfinity series makes me feel like we’ve been doing our part to give back to the sport.

Then, of course, there were the on-track wins. Watching Ryan get us our first-ever win in Iowa in 2012 was special. Getting my first truck series win in 2014 at Bristol was pretty great, too. I’d never been able to get it together behind the wheel of a truck, and I finally did. When Tyler won at Daytona in 2015, that was really, really cool. That was the first measurable level of success anyone in my family had ever had at Daytona. It meant a lot. So did Joey Logano’s win later that season at Martinsville. And then we had that one-two finish last year in Las Vegas with Tyler and Daniel, and that was a real indicator of just how far we’d come. 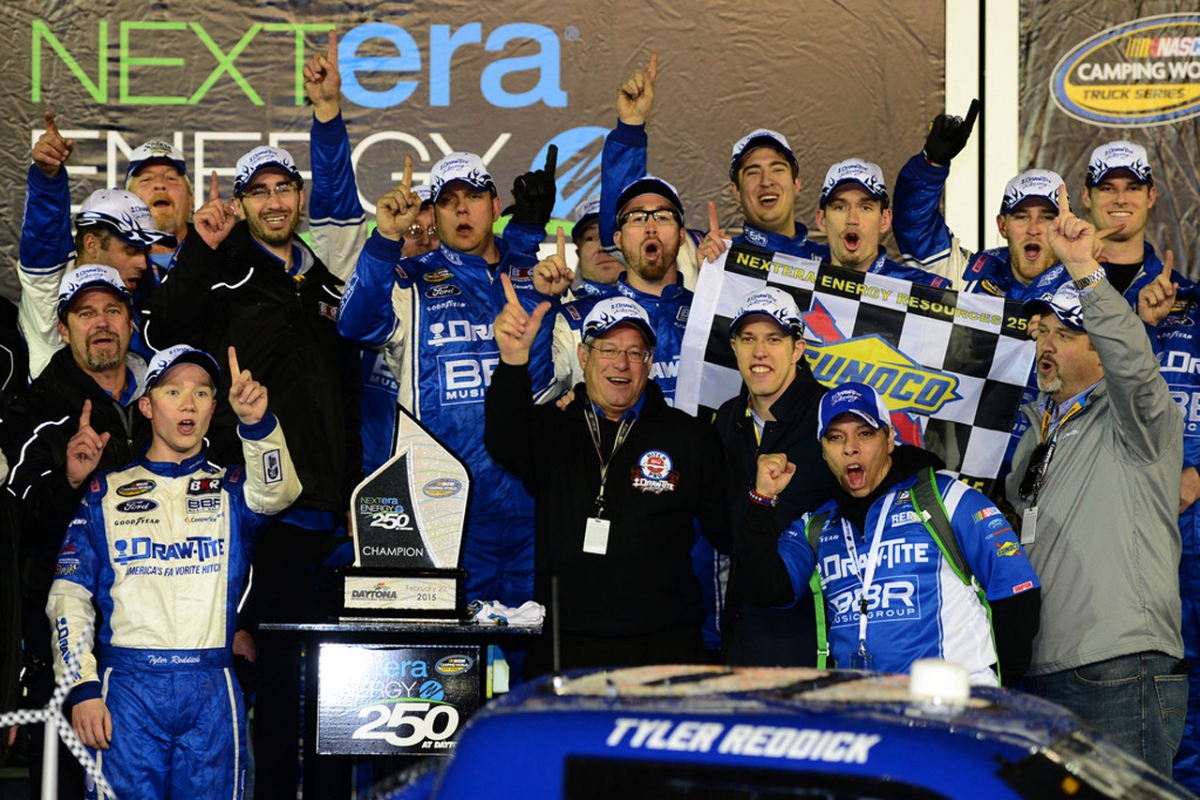 Tyler Reddick after winning at Daytona in 2015.

Finally, this decision really hits home for me personally because, for the first time in a long while, the Keselowski name won’t be part of the truck series. I’m bummed about that for myself and for my family.

As far as the BKR facility goes, it’s going to play a key role in a new business endeavor I’m planning to undertake. I’m not ready to announce what we’re doing, but I’m a big believer in manufacturing, especially advanced manufacturing. We’re looking at developing a new technology that will be relevant to motorsports, and to the broader marketplace, too. Stay tuned.

If I’m able to do what I want successfully, it will give me a pathway back to being an owner. One of the things I’ve learned from Roger Penske is the importance of having a successful core business outside of motorsports. If you have a successful business venture outside of motorsports, you can kind of roll with the ebbs and flows of the sport as an owner. That’s the position I want to be in, and that I’ll need to be in to be an owner who lasts in NASCAR.

As we close the doors of BKR, one of the things that is really important to me is helping our employees find new jobs. With that in mind, we’re going to transition a number of the employees in different of ways. Some of them may go to Team Penske as part of the team for Ryan Blaney’s new car, and I’m really excited for those guys. They’ve got an incredible opportunity. Some of our other workers are going to stay with me in other roles. My hope is that everyone will land smoothly in their next job, whatever that turns out to be.

I’m incredibly grateful to everyone who helped make BKR a success. It was a dream come true, and I’m glad it was something we could share together. I don’t know where the road is going to take us next, but this is only a stop. There will be other destinations in motorsports to come. My journey as an owner is just beginning.