A few months back, I wrote that the autonomous car was a bust, and I still feel confident that it is. But this past weekend’s All-Star Race and its new rules package got me thinking about a related, fundamental question: What is the future when it comes to cars—especially in relation to motorsports?

To me, the answer is really simple. Hybrids.

Obviously, that’s a bit of a no-brainer since there’s already hybrids on the road, but there aren’t really hybrids in racing. The closest thing out there currently is in Formula 1, and for reasons I’ll explain, it’s not that popular with fans. 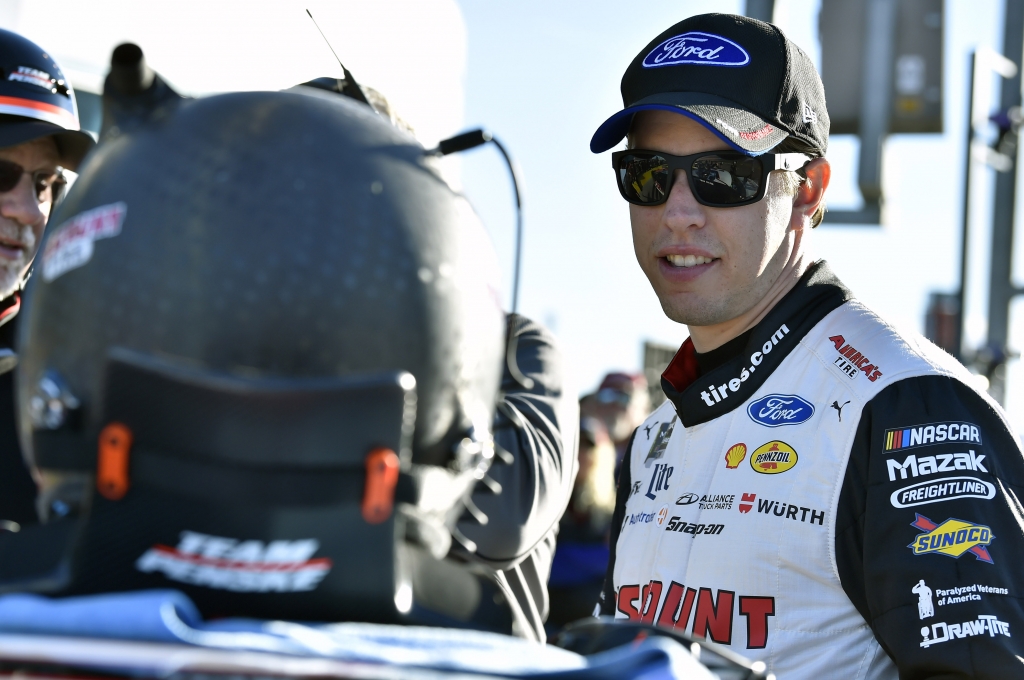 Back in March, I was at a fan event before the Las Vegas race, and noticed that there were a lot of international fans in attendance. I wound up talking to people from Germany, Ireland and Australia—where, incidentally, the Formula 1 race season was about to begin. I asked them why they were in Vegas instead of back home, heading to the Formula 1 race.

“We don’t go to F-1 races any more. We don’t like the cars,” they explained. “They don’t sound right. They’ve switched from big engines to small engines, and that made the cars too quiet. They sound like vacuum cleaners.”

That’s one of the factors of the kinetic energy recovery system—called KERS—that’s used by Formula 1 vehicles. KERS takes the energy from braking, charges it into a battery pack, and then returns it to the cars when they need extra power. The idea behind it was to reduce costs, but going to a smaller engine was a big mistake.

Race cars that don’t sound like race cars isn’t acceptable. If that’s going to be the cost of hybrid vehicles, a lot of NASCAR fans will want to throw up, and rightly so. Our fan base associates stock cars with a throaty V-8 engine, and so do I. That shouldn’t change. If we switch to a four-cylinder or V-6 in NASCAR, we’re going to lose a lot of fans.

But having a KERS system similar to what they have in F1—that can recover energy and use it as needed—is the perfect foundation for the NASCAR V-8 hybrid stock car. The way I envision it, we’d be creating one of the best engines in the world, and it would keep the roar that NASCAR fans love.

Here’s how I imagine it working.

The NASCAR KERS system will supply the cars with a small extra reserve of electric energy—almost like having a nitrous button—that would give drivers a boost of power whenever they need it. When maxed out, that extra boost could last a full lap or two, and it could be used in two different ways: either as a substitute for gas power, or to complement it.

In addition, to make sure that drivers have to use the KERS system, the new NASCAR hybrid would have a 10-gallon fuel tank—basically, half of its current size. This would make the cars harder to drive, which I think as a race car driver, is never a bad thing. Race cars should be hard to drive. Without having the fuel to spare, racers also would be forced to use the electric system throughout races, both in critical and non-critical situations. It’s not hard to imagine what it would do to teams’ strategies throughout each race.

In terms of the racing, I think it would be incredible. Today, our cars have a max of about 750 horsepower. Potentially, a hybrid would have almost 1,000 horsepower with the KERS system and the V8 combined. They would get up to speed immediately.

Let’s say a yellow comes out. According to our new parameters, all cars would switch to electric in their hybrid engines in order to save precious fuel. In that moment, the field would go silent, and wouldn’t be burning gas anymore. This would be great for our fans because it would bring down the wall of useless noise for a few minutes while we’re under caution.

But the second the race goes green, the field—at least those cars in it that still have their KERS reserve power—is firing on both the electric and the gas-powered systems. They’re using the energy they’ve recovered during the race. For the next lap or two, until the electricity is used up, you’re watching the most powerful race cars ever going extremely fast.

And that’s just during a caution. This could be applied to qualifying as well.

Or think about how race strategy would change as the KERS system recharged during a race, and you had that extra boost available to you at a critical point near the end, right when you needed to make a pass. You hit the button and boom. You’ve got that power, and we’ve got a kind of finish that doesn’t exist in NASCAR today—or anywhere in motorsports, for that matter.

As a driver, this would change the way I drive in a good way. More power makes the car harder to manage. That puts control of the car more in my hands, and less under the influence of elements I don’t control like aerodynamics, things of that nature. 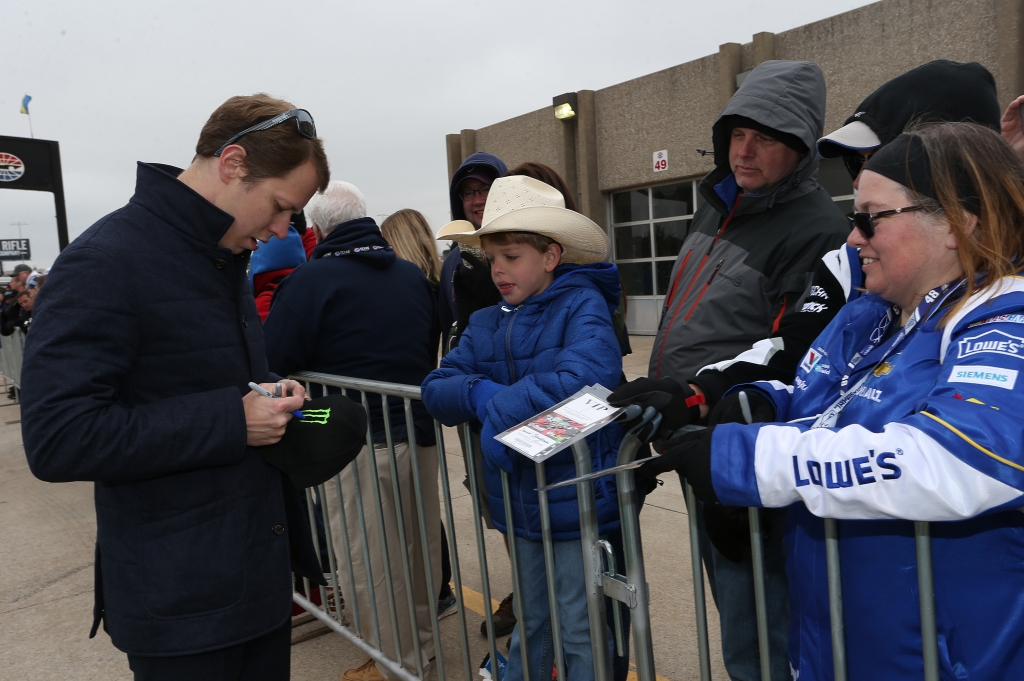 There are a number of compelling reasons to go hybrid. If you look at the motorsports landscape right now, there’s an all-electric series called Formula E. Manufacturers are spending money like crazy on electric engines in Formula E because they all want their brands associated with electric vehicles.

Contrast that with NASCAR, where we’re having issues with manufacturers because they’re trying to divest themselves from gas-only V-8s and other impractical engines, which aren’t relevant to today’s technology. Our sport relies heavily on manufacturers to be successful. Without them, we can’t operate.

If we switch to hybrids, we accomplish several things.

First, we engage our original equipment manufacturers (OEMs) in a new way that has never been seen before. Right now, OEMs spend millions of dollars in racing and they develop a few parts, none of which are really mission-critical parts for them.

Imagine if instead, we’re helping them develop this KERS-style hybrid technology. Once the OEMs got the KERS system right with their race teams, they’d be able to get it right on street cars, too—much more efficiently than the rare existing KERS street vehicle like the McLaren P1, which is a far cry from mainstream.

In that way, NASCAR would be more relevant to the car world than it’s ever been.

In addition, as I’ve already suggested, hybrids would also create an opportunity for NASCAR to put on better racing than ever before. With KERS technology, drivers would have to be far more strategic and engaged in systems management—which, quite honestly, is what great drivers should be.

We’d have more passes for the lead, and more scenarios that would help us be more entertaining as a sport. As we try to cultivate the next generation of fans, more dynamic racing driven by a hybrid NASCAR V8 seems like the right direction to be headed in. 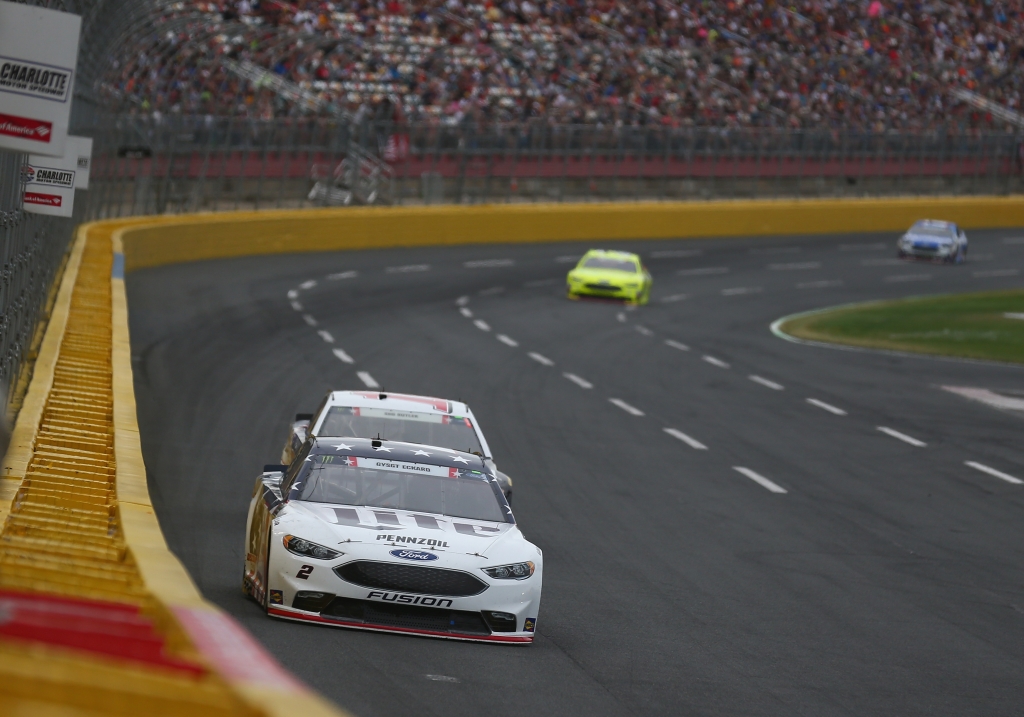 What are the challenges to making this happen?

The first thing that everyone’s going to say is that switching to a KERS hybrid system will cost too much money. I don’t believe that. I’d argue that big teams will always find a way to implement new technology that benefits them. Will it be hard for the smaller teams? Absolutely. But the truth is that struggling teams are always going to be struggling teams. We can’t let that get in the way of making the sport better.

Another problem is that hybrid cars require battery cells, and batteries are extremely dangerous. Put them in a race car that wrecks big sometimes, and at some point, they’re going to explode and catch fire. According media reports, that’s already happened in a few Tesla wrecks over the past couple years.

Safety standards would have to be rigorous. Thankfully in NASCAR, the cars have a big roll cage. There’s a way to make it work—probably by putting the battery in the center of the car, next to the driver. Regardless of the specifics, I’m confident we can find a way to get it done safely.

Another issue would be outlining the parameters for racing. When do you get to use the KERS afterburner, and how long does that extra boost last? Does the race leader get to use the afterburner? There are enough questions about how all of this would work for a whole other discussion, but to me, the real discussion is simply the ability to think about racing in a new way. Having this technology opens up that discussion.

There’s one last benefit to going hybrid, and it has to with the future of cars in general.

Yes, hybrids already exist on the road, but there is still a lot of potential to make pretty significant efficiency gains. I can’t think of a better arena than motorsports to help bring those improvements about.

When it comes to cars, there is no laboratory more potent than the world of racing. We’ll push ourselves to the limit for a one horsepower improvement. If we’re working with OEMs on hybrid technology, some of the money and resources we put to use on the track will eventually make the cars on the roads better, too.

That’s a future that everyone can believe in.