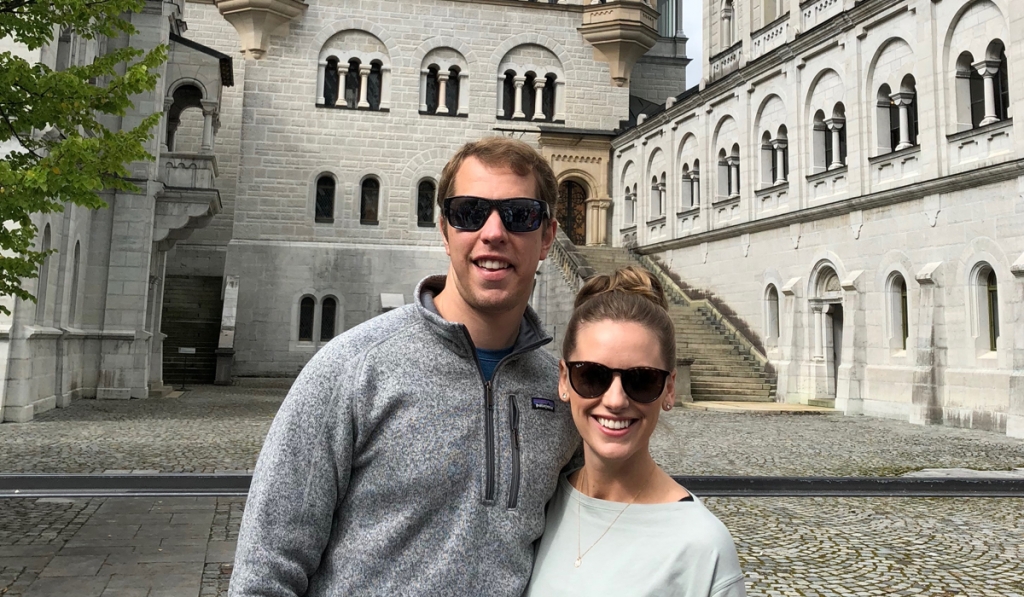 Every summer, NASCAR has an off-week that gives drivers and their families the opportunity to do something really special. This year, I chose to travel out of the country to Germany with my wife, Paige.

It turned out to be a great call. For one thing, it gave me an opportunity to take a break from racing and recharge my batteries. (And based on the results that immediately followed our vacation—I won three straight Cup races and an Xfinity race, too—it seems like it helped.)

But even more than that, it was an amazing trip, and a big one for me because it was the first time I’d ever traveled outside of North America. I want to share some of my observations with you because there were some incredible, striking differences between Germany and the United States, and they got me thinking.

First off, the trip there was a 10-hour flight, and I’ve never experienced jet lag like that. It was brutal. That whole day, I could barely stand up. I hadn’t flown commercial in about 10 years, and that was something different. But outside of the time the trip took, traveling was pretty great. The airport experience was actually pretty good. We flew on Lufthansa, and there was WiFi service and all that on the way out, and it was a lifesaver. (On the way back, though, it didn’t work, and that wasn’t fun.)

Like I said, I’d never been outside of North America before, so just going was kind of exciting. We went during holiday month, and what we discovered when we got there was that everyone was gone because they were taking a month off. That was flabbergasting. I couldn’t imagine taking a month-long holiday. I really can’t. It sounds awesome. I just can’t imagine doing it.

Can you imagine if the United States shut down for a month?

There are some things on my bucket list that I’ve wanted to do forever, and one is that I’ve always wanted to see a concentration camp. The history of World War II and the camps have always interested me, and being there and seeing one firsthand was important to me.

So we went to Dachau Concentration Camp, and it was powerful. I can’t say there were any surprises there in terms of what we saw. I’ve done a lot of reading about the Holocaust to try to understand it. The most striking thing to me about going to Dachau was that the camp isn’t in the middle of farmland. It’s right outside the city. It’s surprising. It’s obviously not hidden from sight, so that tells you that there were a lot of collaborators in terms of the camp beyond members of the Nazi party. So that was really striking.

But the most striking thing to me, which is kind of burned in my brain right now—and I’m imagining that it’s going to be burned into my brain for a very long time—is that there was a brand new subdivision built right up against the wall of the camp. During World War II, the camp wall had a moat, and when the Allies arrived, the moat was filled with thousands and thousands of corpses.

The striking image in my brain is the following. There was a house that had young children living in it. They had a little backyard playground set, the plastic type you might get for little kids at a Walmart. Nothing super fancy, but one that you might put in your own backyard. The kids were playing there right up against the wall. The concentration camp side of the wall still had these roped off crosses up. They looked like they’d been roped off for a reason, like the type of crosses that you might hang someone from, or where you’d tie them up in order to beat them to death.

So there’s a wall separating these kids from that, but they’re maybe six feet away.

One of the kids was playing with a ball, one of those cheap plastic balls you’d get at a supermarket or something. And as they were playing with this ball, it went over the wall, and it landed right next to the crosses. It was like a scene out of something like “The Sandlot.” Like don’t go over the wall and get this ball—it’s lost forever. The plastic ball happened to be a Disney ball with a picture of Elsa from “Frozen” on it.

Something about the whole scene really turned my stomach. It reminded me of “Schindler’s List,” of that scene where everything turned from black and white to color with the little girl’s coat, the red coat. It was just like that, just that vivid. I’m not sure how to describe it. Watching little kids live and play right next to an area where hundreds of thousands of people were murdered was just striking. I don’t know how you could ever build a house there, let alone live in it with kids. It feels like a piece of land that should just be off limits.

To see that was just stunning. And having a daughter made it even more so. 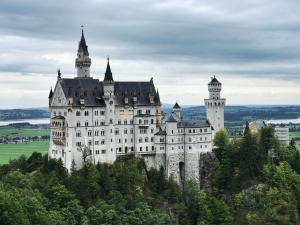 Paige and I are Disney fans, so we went on a tour of a bunch of castles, including the famous Neuschwanstein Castle. That was a lot of fun. They were beautiful. Neuschwanstein Castle, which was Walt Disney’s inspiration for Sleeping Beauty’s Castle at Disneyland, reminded me of the Biltmore Estate in North Carolina. They were very similar. They were both incredibly over indulgent. They both had very tragic stories. The Biltmore was the work of the Vanderbilts, and whichever Vanderbilt constructed it only lived in it a few years, and died unexpectedly.

It was a similar story with Neuschwanstein Castle. It was built for close to a billion dollars in today’s money, and was never finished because the king who was building it died. Afterward, the government decided it was wasteful to spend so much money on a castle. It was turned into a tourist attraction, and has probably made what it cost to build and then some in the nearly 150 years since it was built. 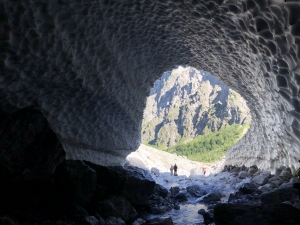 I loved seeing the architecture. I loved German architecture in general. It’s just different. I’ve always been a fan of architecture and engineering in general. I liked the Gilded Age stuff a lot. It’s fascinating. You don’t see that a lot in the States outside of New York, Chicago and Detroit.

After that, Paige and I joined up with some friends we’d planned on meeting, and did some hiking in the German Alps. We’ve just started getting into hiking, and hiking in the Alps was really neat. I’d never done anything like that. We saw a hollowed-out glacier there that was extremely cool.

Germany is very, very clean. You barely see any litter or trash. I don’t know if I ever saw a dilapidated house or building. I saw a place being refurbished, but every house we came across was freshly painted and well taken care of. That was cool.

The country as a whole has incredible infrastructure. I learned that a big reason why is that Germany doesn’t have to spend resources on military spending—the U.S. essentially provides it for them. Because of that, the government has a tremendous budget to work with to afford things we don’t have in the United States. College over there isn’t free, but it’s basically free by American standards. I was told it works out to roughly $5,000 a year, I think, which is crazy when you think of what it is here.

AMERICA ON THE MIND

One of the things on the mind of every German we met was Donald Trump. Pretty much everyone wanted to ask, “How did you elect him?” I must have heard that a hundred times.

Beyond the president, Germans seemed completely fascinated with our way of life. I don’t think Americans think a lot about Germany, but you could not go anywhere in Germany without hearing about America. They know everything about America, sometimes more than I think we know about ourselves. I found that baffling at first. If you asked the average American about Germany, they couldn’t tell you that Angela Merkel is running the country, and 99.9% of Americans couldn’t tell you the name of any other German government official.

You turn on the TV in Germany, it’s all American news. I found that absolutely fascinating.

After being there nearly a week, I understood at least in part why that was. They’re almost completely reliant on us for defense, and there are a lot of American military bases there. Almost everywhere you went, you’d find some remnants or active United States military there, securing the area. They really think of us as a key part of their system, which we clearly are.

On a related note, I thought it was interesting that a lot of people there speak English. I thought maybe they’d be a little upset that I didn’t speak German, but they were actually pretty kind. When people would walk up to me and start speaking German, and I would give them that “I don’t know what you’re saying” look and say hello, they’d automatically transfer to English to speak to me. On the flip side, I also felt like a complete idiot, not being able to speak their language. And it made me think about how important it is globally for us all to be able to speak the same language.

I started to ask the Germans I met why it was so important that they spoke English. The answer I got from multiple people was because of the American military there, and because of their lifestyle, they had to learn English to communicate with them. 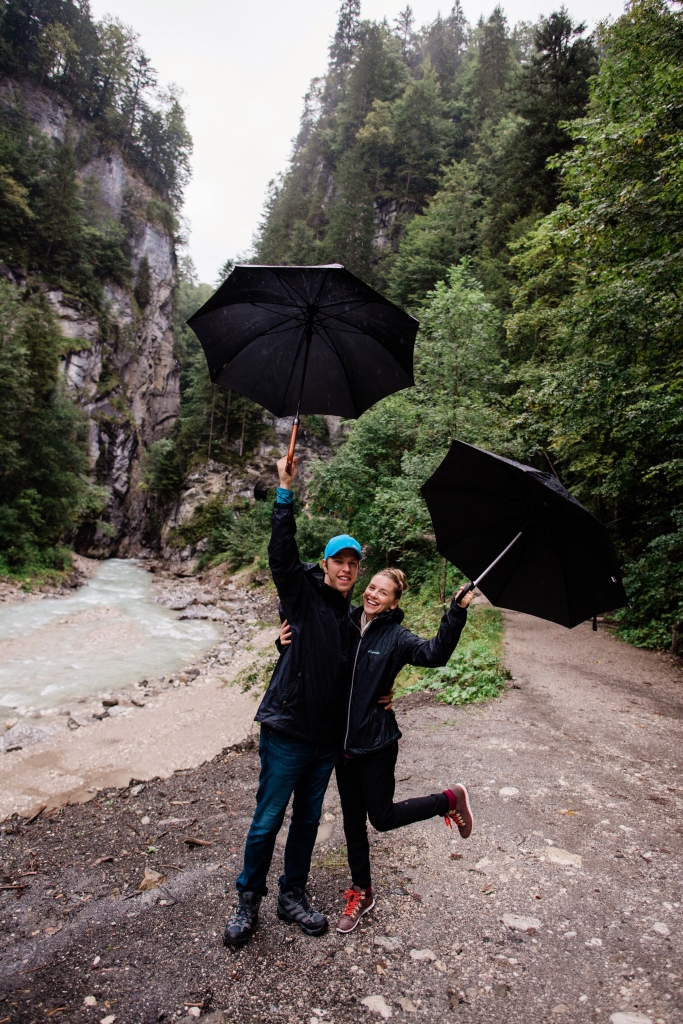 Some additional takeaways I had:

I was definitely happy to get back home, and I’d never want to live everywhere besides the United States. Still, I learned a lot from our trip.

For me, if we could adopt a similar culture of keeping our world cleaner, that would be great. You drive through the States, it doesn’t take long to find places that aren’t well kept. In Germany, you’d have to look for them. And I’m definitely all in on getting rid of air conditioning, and implementing their street light structure of yellow, green, red.

All in all, going to Germany was really fun and eye-opening, and I enjoyed seeing people living a different way of life. It definitely has me thinking about where I’d like to go next, and excited about all there is to learn from other places Paige and I might visit.